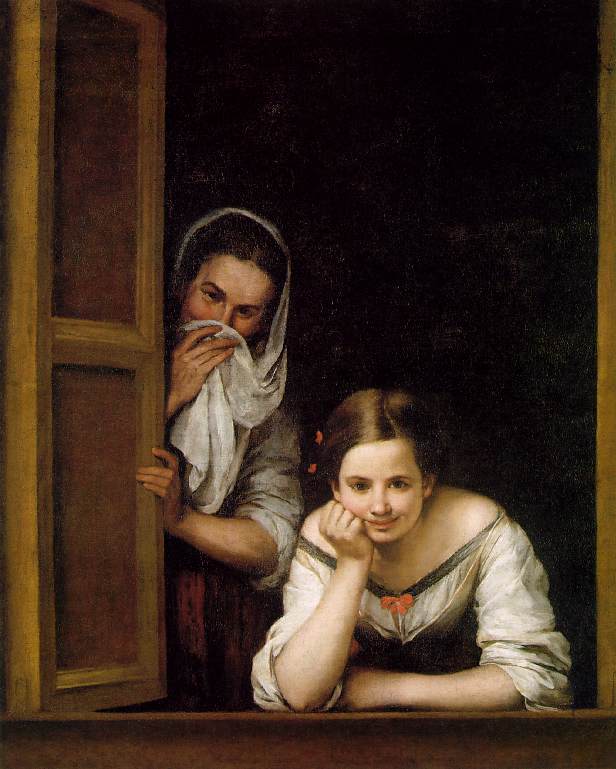 So there was this woman, and she was pretty comfortable. After a decade of moving every few years, she’d been settled in a nice small town for nearly five years. Healthy kids, good marriage. She was mostly “at home” with the kids, but had carved out a little sideline writing for a few blogs and her local newspaper. Life was crazy, sure: She had four young children. But she felt like she’d finally nailed the rest-work balance. Three kids were in school now. She had her village firmly in place: school, church, friends, and her parents, who lived 15 minutes away.

And she was about to lose it all, because the following year, her husband was going on sabbatical. Sabbatical: from the Greek word “sabatikos,” meaning “of the Sabbath” – the day of rest. For her husband, sabbatical was a year of rest from his job as a college professor. For her, it felt like the opposite of rest.

They’d be moving their family to California for the spring semester. Five months. It had seemed perfect at the time: her husband was from California, they’d lived there while he was in graduate school, he’d do career-advancing research in his old department at UC Berkeley.

She loved California and their family and friends there: Sign her up for a two-week vacation anytime! But this upcoming sabbatical felt too unrestful and uncomfortable. The only thing settled so far was the lovely young lady who’d live in their house for a year and dog-sit in their absence. Her daughter’s public preschool had just cut its budget — and her child — so she was scrambling to find a new preschool for one semester only. They still had no leads on a place to live in Berkeley, where rents were so outrageous that their family of six would probably be confined to a 900-square-foot bungalow. Since it was only for one semester, she planned to “home school” her two oldest daughters. She’d envisioned this as lots of trips to museums and parks, but when her state’s home school application  arrived, it seemed that she needed to submit an actual curriculum.

To her this sabbatical – this time of “rest” – looked an awful lot like being holed up in a tiny shack with four children, all day, every day, trying to teach 1st and 2nd grade simultaneously while wrangling a preschooler and a toddler. Time for writing or thinking? Ha!

There was this other woman, and she was pretty comfortable, too. For almost five years, she’d lived in what she’d labeled, the first time she saw it, her “dream house.” It wasn’t perfect, but they were chipping away at home-improvement projects; with four young children, there was no point in making things too perfect. The house suited their family of six, and all winter she’d been adding little decorating touches to make it more comfortable and attractive.

But lately, when the house was quiet, she’d sit at her computer and search the local real estate listings.

There was absolutely no defensible reason for the amount of time she spent scrolling through the homes for sale. They weren’t moving; she didn’t want to move — not really: Her children were happily attending the town school, her parents had just moved nearby, and anyway, their family was going away on sabbatical the following year, so moving was a practical impossibility.

Still, she dreamed. Maybe, if they had more open land…if they lived in an old farmhouse…if she had a place to write that wasn’t just an extension of the kitchen counter. Or – a lake house! Maybe a little retreat in that town where they’d spent three happy family vacations….

Five years was the longest she’d lived in any one place since leaving home; she figured maybe this itchiness was because she feared getting too comfortable.

How can that be? You ask. How can you feel near-crippling panic at the thought of leaving home for a five-month sabbatical, while at the same time dream of moving? How can you fear the loss of comfort as you inhale, and fear becoming too comfortable as you exhale?

Is anybody with me? Isn’t this human? We walk with God in the Garden, then eat the fruit to get more knowledge. We flee the burning city…then look back. We walk on water — until we notice the wind and waves and start sinking. We can’t get no satisfaction.

I have diagnosed myself with a lack of trust: I don’t trust God to be enough, whether my life is in upheaval or too comfortable. I want to be the author of my own story. When asked to sacrifice for the greater good — whether by staying or by going — I chafe at my lack of agency.

So I did the only thing left to me: I prayed. The message I got back was as clear and direct as any I’ve ever received.

We are going to California for sabbatical. I will support my husband, who has supported me at the expense of his own comfort numerous times. I will not be an example for my children of somebody who backs out when things look difficult. I will trust God to take care of the logistics — and of me.

I have this daughter; she’s a lot like me. Given the choice, she wants to stay home and read. She rebels against anything new or out of the ordinary. A family snowshoe trek? A new after-school activity? Leaving the house? “I don’t want to do that!” she cries. “It’s NOT FAIR! Why do you always make me do what I don’t want to do?”

In the end, she always has a great time.

This entry was posted in Adversity, Family, Parenting, Theology & Philosophy. Bookmark the permalink.

4 Responses to A Tale of Two Women