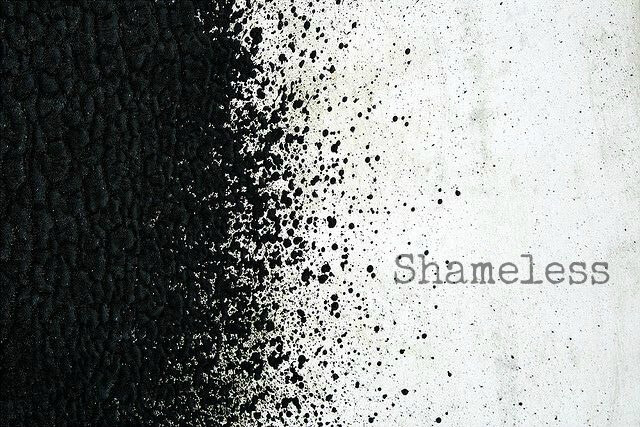 It was just a few months ago that I read an article that sent me absolutely spinning. Got me more inflamed emotionally than I’d been over anything in a long time. I mean, I’m opinionated, and I can get pretty riled up, but I work hard to keep it all under control. Blood pressure, you know. But this has stuck with me at an active simmer ever since, for reasons that go far beyond the topic of the article itself.

After my dog alerted me that the mail man had arrived, I was excited because I was expecting something specific that day. It didn’t come, but my weekly issue of Time magazine did. I’ve gotten fairly used to shocking covers of Time, but this one. THIS ONE. “In Defense of Johns” was the title. The gist: buying sex should not be shamed.

Once I recovered my breath and talked my stomach out of turning itself inside out, I considered the greater ramifications of this article: We live in a culture that bullies us into being ashamed for shaming things that are SHAMEFUL.

There are things/issues/sins that are plainly wrong. Not everything is gray, although we live in a culture that would resolutely tell us otherwise. As Christians, we know better. The Bible gives us timeless truths that don’t change with cultural trends. But there is a very real enemy working to steal, kill, and destroy us. And one of the ways that is done is by turning our right and wrong upside down, and by making us incrementally tolerate/accept/embrace these things.

Historically, the most obvious example to draw from would be the African slave trade. It’s one of the most grievous atrocities and collective sins in our country’s history. Yes? Yes. This is a view held overwhelmingly across the board, regardless of religious belief. Human beings are not objects or property, and skin tones are not a legitimate basis for segregation or for determining the worth of a person.

But for years–HUNDREDS of them–an entire culture considered it not only permissible, but even essential for society. The grossly over-simplified explanation (because I don’t have space for all the history behind it) is that slaves were the economic backbone of the West. If slavery was abolished, the economy could collapse. The moral issue was entirely eclipsed by money. Thus, a horrific disregard for the value of human life was culturally accepted and embraced.

Guilt over that would have been massively inconvenient.

Thank God people of sober conscience risked all to stand up and call this shameful. They called it what it was, and they didn’t back down when the majority tried to bully them into silence.

Even more historically, we look at the Garden and see how not just a culture but a world across generations can be fooled into thinking we know better than God. It started by a little thought being planted that disobeying God is not really wrong. That there’s a bright side to it. That it’s not really a big deal. That our needs are important, and satisfying them will make us happy. That’s what God wants for us, right? Just to be happy?

And we see how this has snowballed over time. We have gotten really good at justifying sin in order to give ourselves permission to have what we want while simultaneously keeping us from feeling guilty.

God is the only one who deserves that role in my life, and when I give it to someone or some entity or some trend that is separate from God, I have forsaken Him. I have put Him lower. And when I’m not willing to call sin “sin” because I’m afraid of how people will see me, that may make me tolerant and accepted and safe in the temporal sense, but it also makes me a coward. It does not represent Christ well. And, from an eternal perspective, it’s useless.

Lastly, I am struck by this truth regularly: The gospel is offensive (1 Cor. 1:18). So, while we seek to live in a way that is loving and not condemning, harmonious and servant-hearted toward others, we cannot reject that the story of Christ, by whom we stand, is going to make people angry and reject us. We are in and not of. We are strangers in this place.

The world will do what it will without Christ. It will stake its claim in the darkness and on sin and death until the very end. It’s ugly and it’s not where we want to be, nor where we’re called to be. Not even close. Let’s not blur those lines.  Let’s hold each other accountable as Christians to stay sober-minded about what should be deemed shameful, and not be ashamed to call it so. And let’s let others know that there is Someone to live for who is far more satisfying than living for ourselves.

Lyndsay Wilkin, an editor for On the Willows, lives in Northern California with her husband, Wyley, and their two kiddos, Harrison and Clara, and their adorable lemon beagle, Indiana (Indie). She received her BA in International Government and hopes to further her education somewhere down the line. In the meantime, she holds the office of "Mommy" and works part-time for Visiting Angels Home Care Services, helping families find caregivers for their loved ones as an alternative to placing them in nursing homes. For fun, she does a little acting on the side and enjoys writing fiction and reading LOTS of books. She loves movies, history, politics, traveling, and volleyball. As a blogger, she's all about big picture topics, especially when it comes to having a biblical worldview in today's Western culture. As a friend, Lynds is absolutely loyal and thoughtful and she would do anything for her friends. “So whether you eat or drink, or whatever you do, do it all for the glory of God.” 1 Corinthians 10:3
View all posts by Lyndsay Wilkin →
This entry was posted in Adversity, Culture & Media, Current Events, History, Politics, Social Justice, Theology & Philosophy, Uncategorized. Bookmark the permalink.