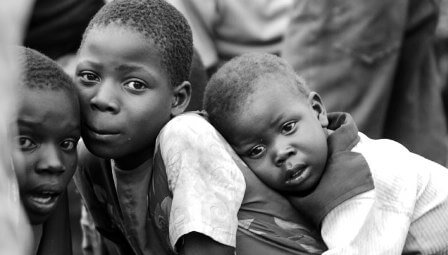 A little over 3 years ago, I was walking my dog, Luther, around Cambridge (so many of my stories are from a time where I was walking my dog!). I looked over and saw a group of young college students looking confused and kind of trying to get my attention. It’s a look that I recognize on the faces of many tourists who are lost. So, I made my way over to see how I could help. First, they told me they were looking for a place to park their big, white, 12-passenger van. Being a local, I was happy to show them a safe place to park. It only took a few seconds of interacting with them before I asked, “you’re from California, aren’t you?” 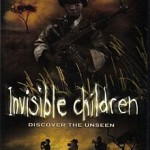 I came to understand that they were volunteers for a non-profit, based out of San Diego, called Invisible Children. They were bringing their film to a variety of crowds in Boston…universities, churches, etc. I was thrilled to meet them, and let them know I had been following their work for years. For those of you who are learning about Joseph Kony for the first time, and are wondering if this is a good “band-wagon” to jump on or not, I would like to share some history with you, as well as some helpful internet resources, if you would like to investigate further.

War has been raging in Central Africa for years. The causes of war would be another blog post entirely (and is highly debatable). I am sure we can all agree, whatever the reason, that we live in a fallen, broken world that is in desperate need of the transforming message of the Gospel. With that said, I am going to explain the injustices taking place toward the children of these war-struck countries, for those of you who are interested in reading the bottom line. The implications of war are great. Millions of men, women and children have been displaced, and sent to refugee camps for “safety”. Not only are these people forced to leave their communities, their farms, their homes burned by rebels, and everything they have known, but they live in constant fear, not knowing what the next day will bring them. In the end, some are able to return to their homes where they might have to rebuild from scratch, but some will live and die in refugee camps. 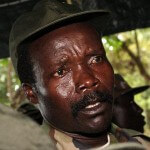 If you were one of the 75 million (and counting) who watched the viral Kony 2012 video, you know that Joseph Kony is the leader of the Lord’s Resistance Army (LRA). He has used physical, spiritual, psychological and sexual manipulation to gain power for years. In order to grow his power, he abducted tens of thousands of children (from both sides of the war) to fight for the LRA. These children have been enslaved to his corrupt army. The young boys have been forced to kill their parents, their people, and participate in ethnic cleansing by cutting babies out of pregnant women’s stomachs. Young girls were abducted to be sex slaves for Kony’s men. The children that refused to kill their own would be killed themselves in front of their siblings and other children. The children that were fortunate enough to escape were left psychologically and physically traumatized.

Last week, I was on campus studying around the time Kony 2012 went viral. I’m not sure why I thought it was a good idea to watch this video on my break! Around the seventh minute of the video, I was already crying when a boy named Jacob was trying to describe what he would say to his dead brother if he could see him again (this footage was on the original 2006 full-length documentary). I was awkwardly tipping my head sideways and repositioning my iPad so that people couldn’t see me cry in the cafe! He was weeping, and that made me weep.  I don’t know what it’s like to lose a brother or sister due to violence, but I felt a glimpse of his pain for a moment. It’s hard for me to imagine fearing the night – every night (for years) – and looking for ways to hide myself amongst thousands of other children in small spaces to feel a bit of protection.

Discover the Journey (DTJ) is another way that I stay informed on what is going on with the LRA and the children of Central Africa. Lindsay Branham, a filmmaker for DTJ, has captured unbelievable footage of Sudanese children who speak of their time with the LRA. Please take a few minutes to watch this reportage to hear from the children directly. Another helpful video is this trailer for a documentary by DTJ called, Let Us Be Free.

If you watched Kony 2012, you know that Invisible Children lobbied congress until their voices were heard. Last May, Invisible Children joined President Obama in the Oval Office to sign the “Lord’s Resistance Army Disarmament” and “Northern Uganda Recovery Act”. I was thrilled to see this little grassroots non-profit from San Diego making such headway to bring justice. In October of 2011, Obama deployed military advisors to help protect the region from further attacks. While there is question as to how effective this is, I do believe it is a good start. Not only does it make a statement to the corrupt leaders, such as Kony, but I’m proud to see our government take a stand for these injustices toward children.

What about the kids? Invisible Children uses their funding not only to make documentaries that bring awareness and fundraise, but they use their funds also to bring aid to the devastated regions. Some people have had a problem with the way Invisible Children has allocated their funds for filmmaking. However, if it were not for the films, which was their method of bringing awareness, they would not have money to give for aid. You can see the breakdown of their finances here. If you were a musician, you could use your music to bring awareness to these issues. Invisible Children uses documented footage. I believe, from what I have seen, that Invisible Children has stayed true to their mission of bringing justice to the situation in Uganda, specifically. Their viral Kony 2012 video is evidence of hard work and dedication to these children in Uganda.

Kony’s army. Yes, it has decreased, thankfully! Some children are still finding their way home, some children are reunited with their families…but there are still children enslaved to the LRA. Kony needs to be stopped. I am aware that Joseph Kony is not the only corrupt leader out there, and there is much work to do. But how can I not stand behind this effort to bring Kony to justice? If we don’t find Kony, and forget, and if American gives up on their efforts, Kony could regain strength and continue to do what he has done. Renewal takes hard work, time, effort…this is a good place to start.

Personal Note. As I look around and see the atrocities and corruption all around the world, I can easily feel small and helpless. Maybe you have felt this way, too. Henri Nouwen says that these feelings “depress us”. But he encourages us in this reflection on “calling”: “We are not called to save the world, solve all problems, and help all people.  But we each have our own unique call, in our families, in our work, in our world.  We have to keep asking God to help us see clearly what our call is and to give us the strength to live out that call with trust.  Then we will discover that our faithfulness to a small task is the most healing response to the illnesses of our time.”

Christians and Kony. As Christians, it’s important to educate ourselves before we support different ministries or non-profit organizations. I believe in wholistic ministry. I believe in the transforming power of the Gospel message. I believe in loving through social justice efforts. I believe in seeking the peace and prosperity of the cities of this world. There were times when Jesus would pause His teaching ministry to serve the needs of those sick and dying. We can learn from his example, that there is a great need for both.

The Kony 2012 initiative might not be wholistic in its approach, but they are making visible these children who are our brothers and sisters in Christ, who bear the image of Christ. They are suffering and desperate… and need physical relief as well as a chance to hear the life-saving message of the Gospel. These are children… that Jesus loved well, and asked us to protect. I think it’s strategic of us, as Christians, to support an effort like this, that is well under way and on the verge of making a huge difference! Pray for Kony to be found. Pray for these families and children who are suffering. Since it’s rolling fast, it’s a good band-wagon to jump on! Not for the sake of following a trend, but for the sake of these children.

Stephanie Krier Stephanie Krier was raised in beautiful Nor Cal. She and her husband Bobby moved to Boston in 2007, but recently relocated to a little village near Aberdeen, Scotland for her husband's grad program at RGU. Stephanie graduated from UMASS with a Bachelor of Arts degree in Social Psychology and a Music Minor. She loves to see how individuals are shaped and influenced by society. Now that she lives in the Scottish shire, she spends her free time doing a bit of gardening, blogging about her new life in Scotland (scotlandkriers.wordpress.com), exploring the countryside with her dog, Luther, and visiting castles with her husband!
View all posts by Stephanie Krier →
This entry was posted in Culture & Media, Politics, Social Justice. Bookmark the permalink.

6 Responses to Bringing Kony to Justice, and other things…