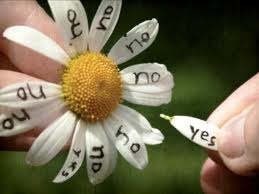 When I was in fourth through seventh grade, I had these three best girlfriends. We called ourselves the Four Amigas and we did everything together. There was barely a weekend during the school year we weren’t living at each other’s houses and in the summer – sayonara Mom and Dad – I was never home, always with the girls.

I remember once in sixth grade I was planning a shopping trip with my mom and I invited one of the Four Amigas to go with us. I was so excited and I planned my entire weekend around it. My mom and I planned out lunch and ice cream with her to make it extra special, and I could barely wait. But the night before, she called and said she was sick and couldn’t go. I was sorely disappointed, and asked my mom if I could take her soup or a movie the next day to cheer her up. But when I called to say we would be coming by with some goodies on our way out to go shopping, her mom answered the phone. She was out with one of the other Four Amigas. She wasn’t sick. And I . . . was crushed.

My eleven-year-old little heart was broken by my friend’s lack of consideration toward me. She didn’t take her commitment to me seriously, and I learned at that very young age how when someone else backs out of their commitment to me, it is for their convenience and my inconvenience, and it can be painful. Never wanting to do that to someone else, I learned how important it was to only make commitments I intended to keep – to let my yes be yes (Matthew 5:37).

As a young adult I heard a message by someone I respect greatly on Psalm 15:4 which talks about keeping your oath, even when it hurts. Some people refer to this concept as swearing to your own hurt. In either case, it means that we are to be people of our word, and that we should go to great lengths, even if it hurts us, to make sure we keep our word. The most excellent, home-hitting example of this would be Jesus. He had to go through great inconvenience and pain of death to keep his commitment to us. But he was a man of his word, and he took that commitment to the cross. Now every human being for all of time gets the benefit of it.

I’m not talking about being legalistic. There are times when it is acceptable to ask the person you made a commitment to to be released from it for a genuinely good reason. And then of course if you’re sick, your kids are sick, your babysitter bailed (who then needs to read this article) etc., it’s appropriate. But in most cases, letting your yes be yes doesn’t mean it’s “yes” until you forget about it, “yes” until something better comes around, or “yes” until it’s inconvenient for you. It just means yes .

I had a conversation with a very dear friend recently who was explaining to me about the day she realized she should no longer be okay with being late to everything. It was when an authority figure in her life challenged her by saying that showing up late meant she considered her time to be more valuable than those who were waiting on her. Because she genuinely didn’t believe her time was more valuable (because it’s not), she immediately made a change. No more being late unless the circumstance is out of her control.

I would venture to say it’s a similar concept here. Is your schedule more important than the person’s you’ve committed to? Of course not. Are your priorities more valuable than your friend’s/co-worker’s/employee’s/loved one’s/etc? No way.

If this is something you can look at your life with absolute honesty and say it’s something you struggle with or are consistently guilty of, what things stand in your way of keeping your commitments? Maybe you have never considered that your being flaky is inconvenient and inconsiderate to other people. Maybe you’re a forgetful person and commitments easily slip your mind, so you need to set up a better reminder system. Maybe the problem is that you’re just over-committed (a potential people-pleasing symptom) and need to learn to say no.

Whatever the explanation/excuse may be, I would encourage you to challenge yourself to take up that characteristic that God charges us with and let your yes be yes, and learn the virtue of swearing to your own hurt. I think you will find that it blesses people and honors God, and that you will be a blessed, more disciplined, and more dependable person in the process.

Lyndsay Wilkin, an editor for On the Willows, lives in Northern California with her husband, Wyley, and their two kiddos, Harrison and Clara, and their adorable lemon beagle, Indiana (Indie). She received her BA in International Government and hopes to further her education somewhere down the line. In the meantime, she holds the office of "Mommy" and works part-time for Visiting Angels Home Care Services, helping families find caregivers for their loved ones as an alternative to placing them in nursing homes. For fun, she does a little acting on the side and enjoys writing fiction and reading LOTS of books. She loves movies, history, politics, traveling, and volleyball. As a blogger, she's all about big picture topics, especially when it comes to having a biblical worldview in today's Western culture. As a friend, Lynds is absolutely loyal and thoughtful and she would do anything for her friends. “So whether you eat or drink, or whatever you do, do it all for the glory of God.” 1 Corinthians 10:3
View all posts by Lyndsay Wilkin →
This entry was posted in Relationships. Bookmark the permalink.

9 Responses to Yes, No, Maybe So