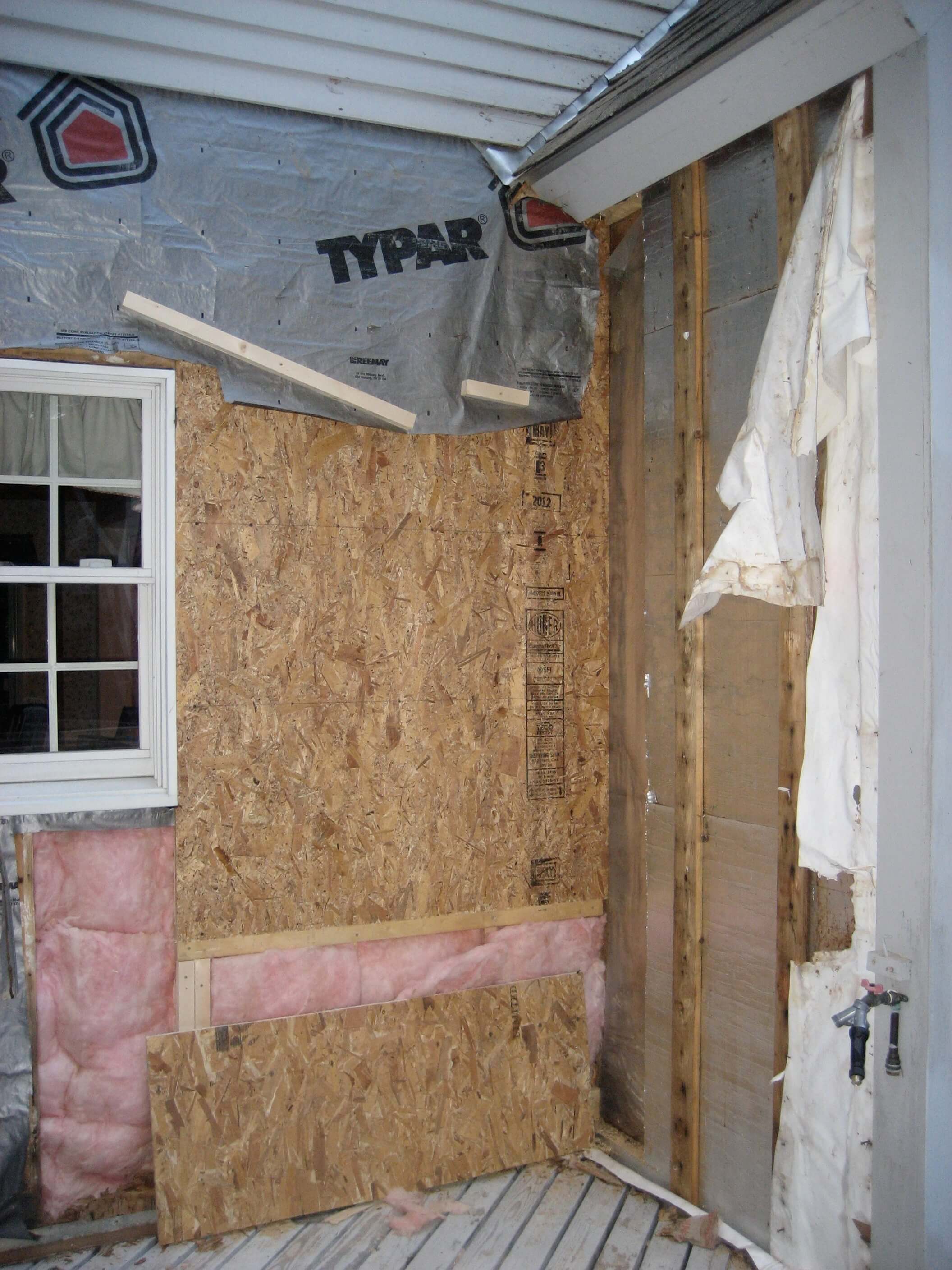 Nothing surprises me about our house anymore.

We bought our house one year ago, when we moved from Northern California to Vermont. We chose it because, of the 11 houses we looked at during a marathon 3-day house-hunting visit, this was the house that appeared to need the least amount of work.

Yes, it’s beautiful. Yes, we love it. Yes, I hope that all of our children will grow up here and have wonderful memories. And yes, I plan to stay in this house until it no longer makes sense to do so.

But I’ve started to think of it fondly as the “. . . but ALSO” house. As in: whenever we have any work done on the house, the contractor will inevitably pull me aside at some point and say, “Well, we’re working on the roof . . . but ALSO you should know that you’ll be needing a paint job within the next year.” And then the painter will say, “We’re washing and sanding your siding . . . but ALSO you should know that the wood on this side of the house is completely rotted out. . . .”

I suspect this is true of most houses. Building is a complicated business, and houses are made of many parts. Our friend Cris is a builder, and he’s very knowledgeable about his craft. This past summer, after surveying part of our house with Cris, my husband explained to me exactly why one of our external walls is rotting away: it had something to do with adding a deck made from one kind of pressurized wood to the house, which was built with another kind of pressurized wood, and using the wrong kind of nails to attach things. At least I think that’s what my husband told me; what I mostly understood was his conclusion: “It’s amazing how many different things have to come together for a house to work just right.”

My husband was explaining this to me during week when we were both feeling a lot like “. . . but ALSO” houses. I was coming off of a rough patch of mothering, trying to figure out whether I should focus on writing or get a “real job,” and questioning what I was doing with my life. My husband, during this same period, had thrown out his neck and had an article rejected from an academic journal for the third time. We each felt like we were poorly constructed out of parts that didn’t fit together the way they should.

So when my husband explained the complicated factors involved in building a house, he wasn’t only talking about our house; he was talking about our lives. And just as I suspect that most houses are “. . . but ALSO” houses, I suspect that we’re all “. . . but ALSO” people. No matter how together we may look on the outside, every one that I know — myself included — is walking around with a bit of a broken heart on the inside. The reasons our hearts are broken vary widely: a lost relationship, an unsatisfying career, a life that didn’t turn out the way we expected, or just the daily little sorrows that add up over time. We might not look like fixer-uppers, but I think we all feel that our lives are made from incompatible wood hung together with the wrong kind of nails.

That’s how we feel. But unlike our actual house, I don’t believe that’s how God sees our lives. See, when we first looked at our house, we thought it was in great shape. Paint, wallpaper, and wooden shingles covered up the parts that were rotting or cracked or unsound. But our lives are just the opposite: we feel like we’re falling apart at the seams, but I think that when God looks at us, He says, “AH, it’s all going exactly according to the plans.” All those poor choices, moments of soul darkness, things that didn’t make any sense to us at the time — we think these things are scraps smacked together with push pins, but God stands back and sees that it’s really a dream-house taking shape. HIS dream-house; He’s the architect.

I hope that maybe you’ll think of this the next time you’re despairing over what you’re doing with your life: that lives, like houses, are made up of a LOT of different parts. Like houses, it’s amazing that our lives hold together at all. We look closely and see a huge mess . . . but ALSO there’s a blueprint, and somehow your mess fits perfectly into that blueprint. I can’t explain exactly how this happens, but I know it’s true when I look back on the things I once thought threatened the structural integrity of my life, only to see that they’re now part of the foundation. As my husband says, “God’s a much better builder than the people who built our house.”

This entry was posted in Adversity. Bookmark the permalink.

4 Responses to …but ALSO…