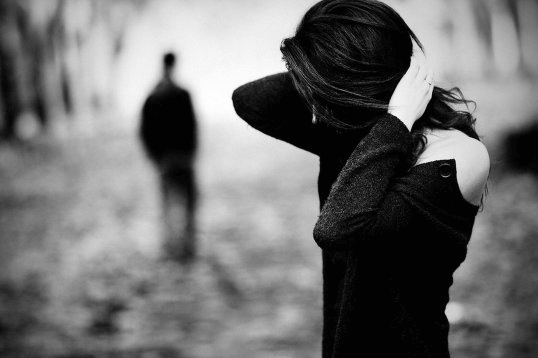 This year I am resolving to let go of the things that don’t benefit me, to make room for more God in my life. Previously, I discussed letting go of comparison of perfection. Today: letting go of the pretences and becoming vulnerable.

Years ago, in the middle of a conversation I no longer remember, the Lord spoke something very clearly to my heart that I will never forget.

“Natalie,” He said, “your greatest strength is your vulnerability.”

I didn’t particularly want to be vulnerable. Our culture doesn’t really value vulnerability. Even the very words we use to define it have negative connotations: “susceptibility to being wounded,” or “open to attack.” Being vulnerable would open me up to the possibility of being hurt. How could something that culturally we define as a weakness be considered my greatest strength by God? It was too hard to wrap my head around, so I set it aside, and moved on to easier things.

Years later, my lack of vulnerability reared it’s ugly head. My husband, Ryan, and I were driving down to San Diego for our honeymoon. At some point I started singing stupid songs to fill the time. I will never forget the look of surprise and delight on Ryan’s face when he turned to me and said, “Oh, you’re silly! I didn’t know that about you.”

At that point Ryan and I had known each other for four years, and somehow I had managed to conceal an entire facet of my personality from him.  I was horrified. If I had been subconsciously hiding from Ryan, the person I trusted most on earth, I could barely begin to imagine what I had been hiding from everyone else around me.

In 2 Corinthians chapter 12 Paul writes about some amazing experiences with God, and then he counters by discussing his weaknesses. In verses 9-10, he writes:

But he said to me, “My grace is sufficient for you, for my power is made perfect in weakness.” Therefore I will boast all the more gladly about my weaknesses, so that Christ’s power may rest on me. That is why, for Christ’s sake, I delight in weaknesses, in insults, in hardships, in persecutions, in difficulties. For when I am weak, then I am strong.

It had been easy for me to read this verse and take out my spiritual checklist. Somehow I always managed to view it only in context of my sin. What was I dealing with that I should be delighting in? Anger? Selfishness? Control? I would ask God to use my imperfections to showcase His glory.

I had failed to realize that there is a fundamental difference between being open about my shortcomings and being vulnerable.

I had constructed my life in such a way that it was easy to look at my sin. Not that I enjoyed it — far from it — but I could acknowledge that it was there and that without Jesus it wouldn’t be going away. But ask me a question that exposed me for who I really was—the quirks and silliness, the secret hopes and dreams, the quiet sorrows that I had locked away in my soul—and I would answer just enough to satisfy without uncovering the real me.

It’s hard to be vulnerable when you believe that deep down you are fundamentally worthless—good only for being rejected. And while I knew intellectually that God is not lying when He says He loves me, in my heart the friendless little girl had a hard time believing that to be true. After all, if there was something so horribly wrong with me to cause such systematic rejection, how could showing anyone the soft vulnerabilities of my heart be safe?

So I let Jesus in first.

Inch by painful inch, I would cede ground to Him, rebuilding the trust that had been broken so many times before, and He never failed me, He never hurried me, He never relented. Suddenly, in the midst of my sorrow and brokenness I saw His love—His perfect, unconditional, holy love. He was right; somehow His power was made perfect in my weakness. Somehow He was able to do the impossible and change my heart.

So this is the year of embracing my vulnerability, only this time it’s not just with God, it’s with the people that He puts into my life every day to love and serve. This is the year to let people see into the real me.

There will be risk. It is impossible, I’ve learned, to be real without opening up to the possibility of ridicule and rejection; but it is also impossible to be closed off and still experience the sweet perfection of unconditional love.

There is so much freedom in vulnerability; I understand that now in a way I never could before. I don’t need the crutches I used to keep me safe from rejection. I don’t need to compare myself to make sure I am living up to an unspoken standard. I don’t need to be perfect to cover up my flaws.

I am free to be the person God created me to be.

This entry was posted in Adversity, Being a Woman, Relationships, Self Esteem. Bookmark the permalink.