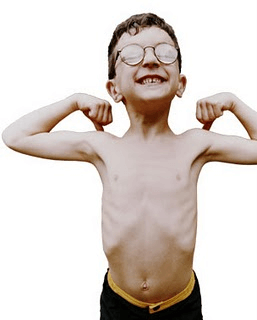 There’s something about a person exhibiting courage that moves me perhaps more than anything else in this world. A firefighter rescuing someone from a burning building. A family adopting an orphan. A missionary giving up his/her life to bring the gospel to an unreached people group. A person standing up for what is right, even if they will look bad – or worse. God making Himself flesh so that He could take on the sins of the world and die a brutal death so that we don’t have to.

These are courageous acts. And they inspire me.

In the earliest days of 2010, the Lord kept prompting me to read Joshua, so I kept reading it. I didn’t mind. Joshua is one of my favorite characters in the Bible. But I kept getting stuck at Joshua 1:9 (not very far in, I know): “Have I not commanded you? Be strong and courageous. Do not be frightened, and do not be dismayed, for the LORD your God is with you wherever you go.”

Days later, I was in the hospital with leukemia.

At first I thought maybe that was why God seemed to be telling me to be strong and courageous . . . and maybe it was. But I didn’t feel that way. People would tell me all the time: “Lyndsay, you’re so strong going through this. You are so brave.” I couldn’t tell if they just thought they were supposed to say that or if they genuinely thought it, but I disagreed. There’s no way I would have chosen to go through that. I had no choice (well, my alternative would have been death, which wasn’t really an option to me). I didn’t feel strong and courageous.

Dictionary.com defines courage as: “The quality of mind or spirit that enables a person to face difficulty, danger, pain, etc., without fear; bravery.”

According to something I pinned on Pinterest, John Wayne defines courage this way: “Courage is being scared to death and saddling up anyway.” I like that definition. Fear may be inevitable, but we have the ability to operate rightly in the midst of it with a little something called courage.

When I got out of the hospital many weeks later, I felt convicted about my courage. As a teenager I had been full of it, traveling the world to serve the poor and spread the gospel. I did all kinds of things that were challenging and scary, but fear simply didn’t hold me back. Somehow, as an adult, that changed. I found my comfort zone and did everything I could to stay inside it. And then life started to feel very mediocre.

I have had plenty of things happen in my life that people could point to and say that it required courage for me to walk through, and they would be right. But they weren’t things that I chose. They happened to me, and it’s still within my comfort zone to do the right thing even in a tough situation that is out of my control. For me, I knew I had to take a bigger step.

My God is a VERY creative God, and, being that I’m created in His image, etc., I realized this conclusion about myself being a-creative (yes, I made that up), was probably wrong. So I “saddled up” and tried something creative that was the MOST intimidating to me: acting.

My first day in class, I was terrified. My second, third, fourth, etc., I was still terrified, but my courage grew, and my determination was solid. I began to see that I was not as bad or hopeless at it as I thought I would be. Quickly, it became something that I absolutely loved, and have even booked paying acting jobs as I’ve invested in learning the craft.

Next came writing . . . of the fiction variety. I hadn’t even read fiction in years, let alone thought of writing it. But I’m now working on my third fiction project, each one over 100,000 words, and I’ve discovered that I love that too, and with practice, I’m not half bad.

I wonder if I’m not the only one stuck in an un-courageous, comfort-zone rut. Obviously what I stepped out in was nothing of the life-saving variety, but it was exactly what I needed to be obedient to God and to see what else He’s made me for. He’s made me with far more potential than I ever allowed Him to have credit for. He’s worthy of that glory.

If there’s something that has stirred in you that you’ve avoided because it would take courage, embarrass you, go against your personality type, etc., then I would encourage you to stop believing that you CAN’T do something and know that you CAN.

This one life we have been given has endless possibilities, and they are all opportunities to honor our Lord.

Be strong and courageous.

Lyndsay Wilkin, an editor for On the Willows, lives in Northern California with her husband, Wyley, and their two kiddos, Harrison and Clara, and their adorable lemon beagle, Indiana (Indie). She received her BA in International Government and hopes to further her education somewhere down the line. In the meantime, she holds the office of "Mommy" and works part-time for Visiting Angels Home Care Services, helping families find caregivers for their loved ones as an alternative to placing them in nursing homes. For fun, she does a little acting on the side and enjoys writing fiction and reading LOTS of books. She loves movies, history, politics, traveling, and volleyball. As a blogger, she's all about big picture topics, especially when it comes to having a biblical worldview in today's Western culture. As a friend, Lynds is absolutely loyal and thoughtful and she would do anything for her friends. “So whether you eat or drink, or whatever you do, do it all for the glory of God.” 1 Corinthians 10:3
View all posts by Lyndsay Wilkin →
This entry was posted in Being a Woman, Self Esteem. Bookmark the permalink.

9 Responses to Be Strong and Courageous