There is depth to a house.   The outside may be soiled, ugly and rundown.  Or it may have a perfectly manicured lawn, with a pretty wreath on the front door beckoning visitors inside (I notice such houses when I walk my dog).  Upon entering a house we see not only its furnishings, but its character in the molding, windows, flooring and other details making it unique.

During our search to find the house we wanted to buy, I realized the importance of curb appeal (remember those houses that seem to beckon passers by?).  I learned quickly that just because a house does possess curb appeal, I may not be interested in its depth (what’s inside) and vice versa.

So there we stood that chilly January day, in a house that had been vacant for at least a year.  The heat wasn’t on and I could see my breath while standing in the living room.  But there it was: character looked us straight in the face with its ‘true Yankee feel,’ as our realtor called it (meaning if something wasn’t broken no previous owner fixed it).  It had a real fireplace and more than one bathroom, two characteristics that quickly bring charm (and can be hard to come by, at least the latter)….especially in January.

Over two months later, my husband and I became homeowners for the first time and moved in that weekend.  This year, our house will be 90 years old.  Being a ‘true Yankee’ house, it needed some serious TLC.  The past eight months have taught us a lot, but one thing stands out when I look at the exposed ceiling beams in our living room (the result of a leaking pipe in the bathroom that was discovered in the second month of living there) or the kitchen that’s in the process of being remodeled, I am reminded that what’s on the outside isn’t nearly as important as what’s on the inside.

In home renovation, when we need or want to fix something, we have to open up the area and expose the problem or even find the problem before we can attempt to fix it, at least if we want to really fix it.

When we started our kitchen renovation, we stripped the room down to studs.  We had to do a lot of work before we could renovate.  Demolition is dirty.  We started by removing the cupboards, sink, counters, three layers of linoleum flooring, and lathe and plaster walls in order to insulate the exterior walls.  Then we had to rebuild the kitchen, putting up sheet rock, installing cabinets, counters, etc.  It was not a quick process, and honestly is not complete yet (we still have to put down permanent flooring and counters, plus paint the walls).

We’re digging deep in the renovation process.  Sure, we could have skipped the part where we ripped up three layers of flooring or opted not to strip the room down to studs.  But it would be more of a band-aid if we went that route.  Given the work that we’ve done thus far, there have been several band-aid type owners previously.  They fixed the problem cosmetically, but not internally.  A room may appear to be put together, but important steps were missed (the electrical wiring is a nightmare, just to give an example).

As a Christ-follower, my life isn’t any different.  I like things to appear ‘together.’  I mean, as if I have it together and on the outside, things often do look that way to passers by.  But if someone saw what’s on the inside (my thoughts) at times, they’d quickly learn I am a bigger wreck than my house!

As much as I want to band-aid issues in my life with a quick prayer or read a favorite Bible passage I know will bring me comfort, so I can move on to the next thing, I know it’s not going to renew and sustain me long-term.  The truth is I do more damage by taking a deep breath and plastering a fake smile on my face than when I deal with the ugly stuff in life.  There are walls in my heart that need to come down.

I need to be willing to do the things that get to the root of my sin in order to change so I can be more Christ-like.  To soak in God’s word and meditate on Him.  To need community, people to hold me accountable in my life.  To take time away from the busyness of life, ditch the computer, mobile and other distractions.  I am aware of my need for a renovation just as much as my 90 year old house.

I have the courage to deal with the ugliness because Christ was laid bare, exposed when He died for our sin that we might reap the benefits of his sacrifice on our behalf.  Being so, we are a new creation in Christ, “The old has passed away; behold, the  new  has come” 2 Corinthians 5:17.   So, rather than working on my own curb appeal (making my life appear pretty), I will allow God to gut the areas that need to go because Christ allows us to look into the darkness and remodel our lives from the inside out.

Where would you start your internal renovations?

She swerves onto the main road and I immediately know she’s trouble.

Her dangly earrings swing back and forth until she straightens out her blingy SUV into the lane beside me. She tries to text on her iPhone while balancing her sunglasses on her forehead and getting her child in the back seat to drink organic apple juice without spilling. As predicted, she cuts me off, then comes to an abrupt stop. I slam on my brakes, the fury of injustice bubbling up immediately.

Still fuming, I arrive at work saying, “Guess what some flakey driver did!” Once my story is over and my frustration shared, I feel better.

I feel better because sharing is catharsis, especially concerning injustices. Having someone else agree about a wrong brings a sense of resolution, even if nothing is actually resolved.

It seems trite to call my mini road rage issue an “injustice,” with so many true injustices flourishing in our world. Abject poverty, lack of medical care, mistreatment of children and unfair economic practices are just a few real issues that millions live with daily.

However, human justice issues seldom hit close to home. Very few of us know of friends and family being trafficked or exploited. We don’t see families in indentured servitude at brick factories or children on our streets being sold for sex. The only way the injustice affects us is when we feel it. Besides physical disasters and violence, the destruction of beauty and exploitation of innocence can move us to anger and tears.

So when we feel the pang of injustice, is sharing our frustration or “spreading awareness” really making a difference, or are we solving our own emotional need for catharsis?

Take my silly road rage example. Telling my coworkers about my feelings of frustration made me feel justified in my anger. But if I wanted to make a change, I needed to do more than just feel better. I needed to act. I could have taken down her license, pushed for stricter regulation of the no-texting laws, put her under citizens arrest … maybe not. I did nothing because I was not truly a victim and the problem did not warrant action. However, so many problems demand we do something.

We have heard the famous Edmund Burke quote, “All that it takes for the triumph of evil is that good men do nothing.” We must get out of the mindset that expressing frustration is accomplishing something.

The bottom-line is, with human justice issues, me feeling better is not the end goal. The end goal is making a difference.

This month is Human Trafficking Awareness Month. Many of us already know about the heartbreaking reality of Modern Day Slavery and that approximately 1.2 million children are in forced labor and sexual exploitation.

I encourage you to make a difference this month. DO share your frustrations, the statistics, stories of hope and courage. Also GIVE. Give money to organizations that rescue those in slavery, restore the broken and change cultures that are accepting of exploitation. PRAY. VOLUNTEER. Advocate for at-risk children in your neighborhood.

One organization effectively rescuing children in sex-trafficking is Agape International Missions (AIM). Read stories of victory over sex-trafficking and donate today at agapewebsite.org.

We don’t know what it’s like to be trapped in modern-day slavery, but we’re aware, and we can make a difference. 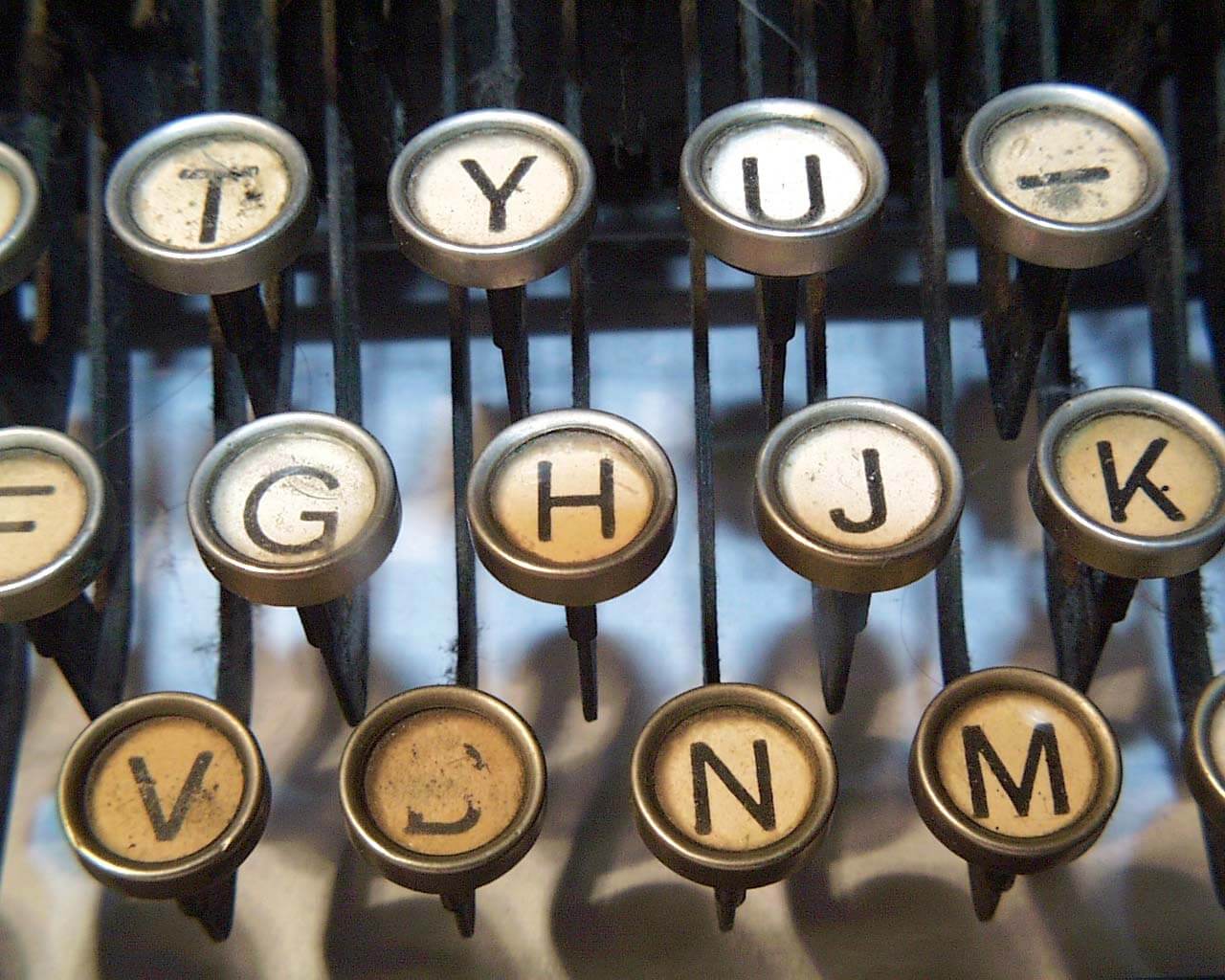 Welcome to On the Willows! My friends and I are really excited to share this blog with you!

There have been many times in the past year when I have seriously considered starting a blog. But I was so busy with school, I felt like I couldn’t give as much as I would like to it.

One day, while walking my dog, Luther, I was thinking about how grateful I was for the amazing women that God has put into my life. I was wishing that more of my friends had blogs, so I could read more about their life experiences and what they are passionate about. Then it hit me… start a collaborative blog!

A couple of months ago, I made a private group on facebook and added many of my friends to it. I explained my idea and immediately, they were in! They started posting ideas and topics that they would like to write about and read about. It shouldn’t have surprised me that they were bursting with ideas and a desire to write! More recently, they have been submitting fantastic writings to me that will be posted this month!

I am a person who values and cherishes community. Of course, I would prefer to spend quality time with my friends in person, as opposed to scattered communication over social networking sites. I can do that with my Boston friends, but many of my friends are in California, where I grew up, and all over the U.S. and overseas! We believe there is potential for something very special for the online community of On the Willows. It’s a place where we can be honest and open about life and our faith. The “portrayal of the ideal self” is not welcomed here (I will blog about this soon)! We value the way that God thinks of us, and the way He values all women.

On the Willows is not my blog, it’s our blog!

Be sure to bookmark www.advicepsychic.net and read often! Tomorrow, our first contributor, Stephanie VanTassell, will write about Human Trafficking Awareness Month. Please do not miss it!

*Visit the “About” page to read more about the purpose of On the Willows.