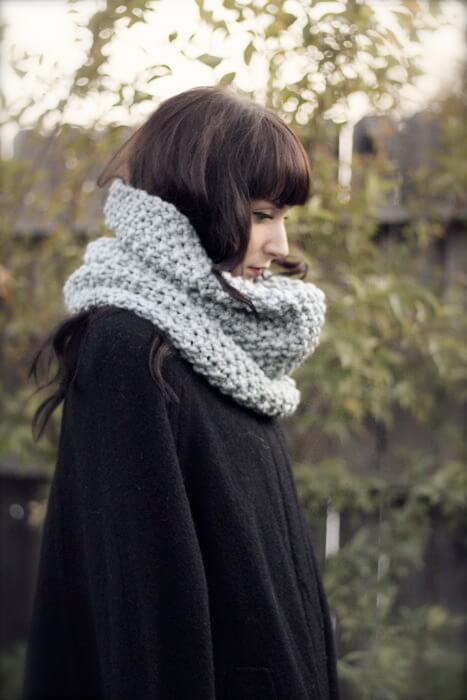 Winter came late for Boston this year. I can’t complain! It’s been lovely. However, the past few days have been frigid! Living in the city means bundling up. Walking to the subway, walking around campus (which is situated on a windy peninsula), and walking my active Siberian Husky, in the coldest part of the winter, are a few of the reasons why I need to be warm! I have found that the best way to keep warm, besides having a warm coat, is by having a good scarf and hat.

Royal Windsor Knits (an Etsy Shop) has 100% positive feedback. I have the “Canterbury” chunky red cowl- and I love it! Everyday, someone asks me where they can get one. Most of these cowls are large enough to use as a hood.

Today, Royal Windsor Knits announced on Facebook that they will be releasing a new scarf called the Ascot (below)…

Stephanie Krier Stephanie Krier was raised in beautiful Nor Cal. She and her husband Bobby moved to Boston in 2007, but recently relocated to a little village near Aberdeen, Scotland for her husband's grad program at RGU. Stephanie graduated from UMASS with a Bachelor of Arts degree in Social Psychology and a Music Minor. She loves to see how individuals are shaped and influenced by society. Now that she lives in the Scottish shire, she spends her free time doing a bit of gardening, blogging about her new life in Scotland (scotlandkriers.wordpress.com), exploring the countryside with her dog, Luther, and visiting castles with her husband!
View all posts by Stephanie Krier →
This entry was posted in Beauty & Fashion, Etsy. Bookmark the permalink.