Remember how amazing Meryl Streep was playing Julia Child in Julie & Julia? Well, her performance was comparable, if not MORE amazing, playing Margaret Thatcher in the recent docudrama, The Iron Lady. And that is pretty much the sole reason I recommend seeing this film. The rest of the acting was also very well done, and the story itself does get moderate applause from this movie-goer. However, if you’re not into politics or history like I am, you may find it a touch boring. That said, SEE IT for Ms. Streep’s performance. I mean, she did win the Golden Globe for Best Actress for this role.

The story is told via flashbacks from the perspective of the modern, elderly Margaret Thatcher who suffers from a bit of dementia and hallucinations. Projecting the Margaret Thatcher legacy through cinematic flashbacks didn’t thrill me at first, and didn’t leave me with the impression of having been particularly entertained, but as I reflected on it, I appreciated it. Here’s why.

Historical “fact” often includes the bias of the historian. Many people did not like Margaret Thatcher’s politics, and therefore did not like Margaret Thatcher the woman. Some described her as cold, emotionless, heartless, and having surpassed the toughness of a man. Truly, her career and policies may serve as evidence to such descriptions. “Iron Lady” is indeed her acquired nickname for a reason, and that is the legacy this film focused on. But no person is completely void of emotion. The flashback perspective allowed for the story to be told through her memory, her experience, and so there was some humanity projected into it, which I think is probably more accurate, and certainly more relatable to a broad audience.

The film sort of rushed through her entire life (well, her career, mainly), and it was primarily showing how hated she was. Sure, every politician will have her opponents, but when you’re in office for 10+ years in a democratic system, you’ve gotta be doing something right. Not only that, but this woman is incredibly inspiring, as her remarkable ascension to Prime Minister was an historical feat. The daughter of sort of a “nobody” small business owner, she was by no means handed her political career on a silver platter, and became the very first woman to lead a major Western democracy. That’s kind of a big deal. While this movie did not necessarily ignore this fact, it certainly didn’t capitalize on it either.

Admittedly, I had high hopes for a story that was a bit more inspiring, and perhaps one that might unveil more of the human side of Baroness Thatcher. But, The Iron Lady stayed true to its title, was brilliantly acted, and hopefully will be widely viewed and compel more people to research the rest of her story. That said, I still recommend seeing it, if only once. 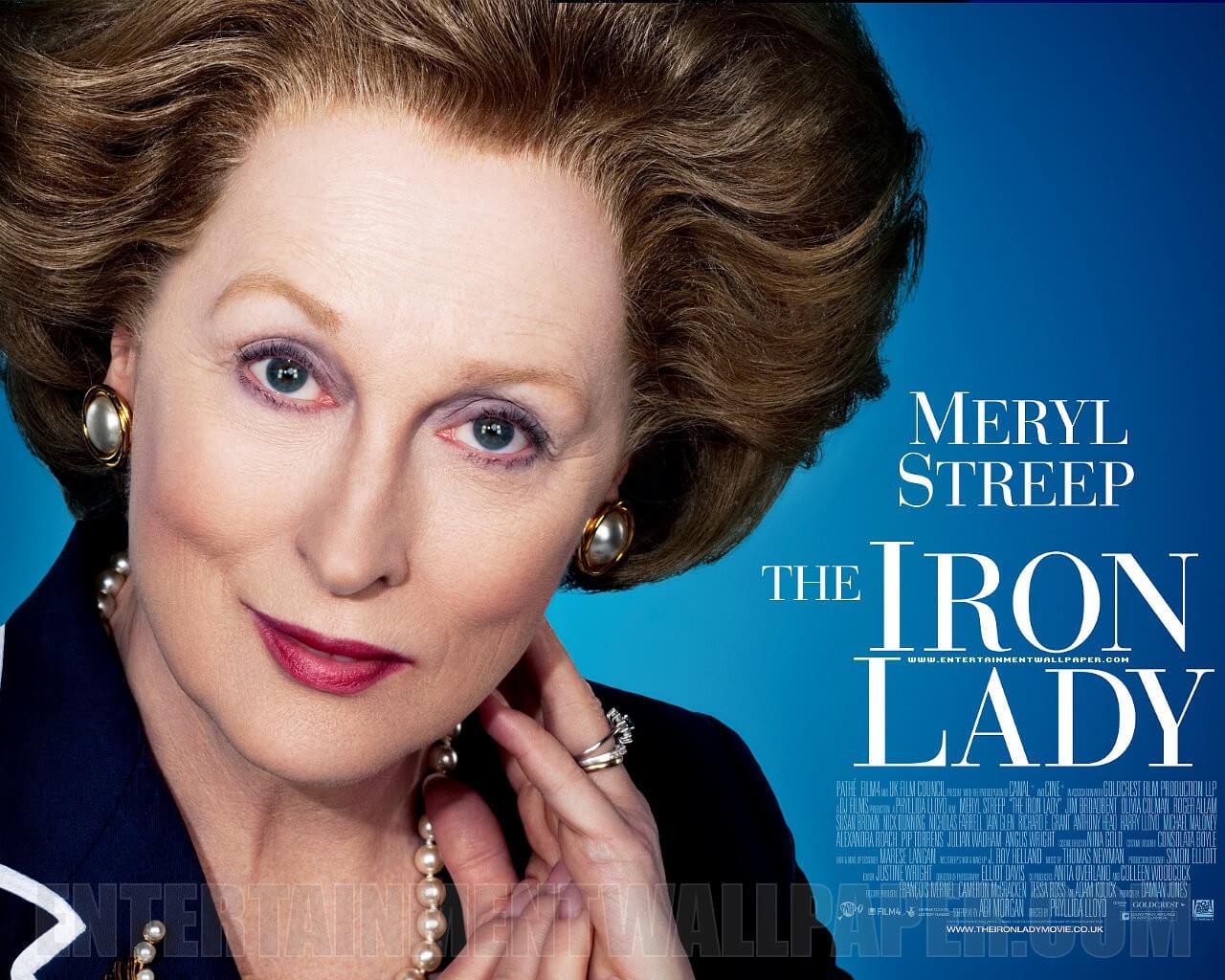