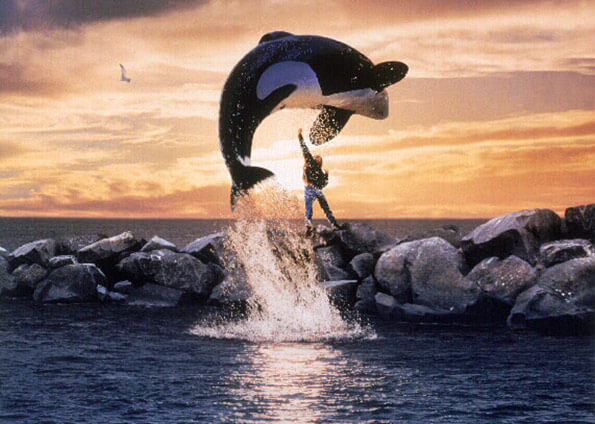 In the following story, I will draw a comparison between two unlikely objects: a whale and a prostitute.

There is a movie that was popular when I was a child called Free Willy, about a boy who finds a killer whale at a local water park. Eventually the boy inspires the people around him to go against the park owners’ wishes and free the whale from its tiny tank by transporting Willy to the open ocean. In the end, the killer whale beats the bad guys and makes an impossible leap through the air over a young boy’s head to the other side of the levee where he finds freedom.

Except for the catchy Michael Jackson song at the end credits, I rarely thought of that movie again throughout my life until recently when I went on a trip to Hawaii with my family. It was during whale season, and we had the opportunity to go humpback whale watching. We were not disappointed. We saw several whales breach. Two were at close range, and one whale even swam directly toward us before going underneath the boat. I was dazzled by the experience and immediately started looking up information about whales on the internet.

The most popular whale I found was Keiko, the actual whale playing Willy in Free Willy. Keiko was captured at a young age and transported to a water park where he lived in a small tank that made it difficult for him to turn around. He developed lesions from the tank, and eventually Sea World purchased Keiko and transferred him to a larger tank. Keiko was still living in captivity at the time of the film’s release, and once the film caught the attention of whale activists and the sympathetic public, there began a push to raise enough money to release Keiko to the wild. Against expert advice, Keiko was released into the ocean.

Now I will mention the nameless prostitute, who is lured into a brothel like the one right around the corner from my apartment in Thailand. The man who convinced her to sell her body also convinced her of how much power she has in this new profession. Her body is a valuable commodity, for she can rent it out as many times as she wants. She controls who her clients are, and in the end she makes good money. And she would still have her body the next day where she can make even more money. Now imagine this young woman in a tank where she can barely turn around. Now imagine the lesions she experiences as she subjects herself to this lifestyle. But there is fame and beauty on the surface, just like that brothel right around the corner. It sits open to the public dressed like a nightclub covered in neon lights and leopard print love seats. Only a few steps more and you see a school for young children. Walk a couple more steps and you see a fancy restaurant with colorful karaoke rooms. We need more irate mothers in my neighborhood, I think.

As for Keiko, he broke free of his tank and was released to his natural habitat. And yet, he was unable to integrate back to his original environment. The people monitoring Keiko hoped a pod of whales would adopt Keiko into their family, but there was no success. They found Keiko a month or two later alone and underfed. Another time they found Keiko near a village where he let little children ride his back. Finally, Keiko beached himself along the coast where eventually he died. He had been in the wild for just two years.

The truth is, Keiko probably acted this way for a completely different reason, but this is what came to my mind as it goes along with my metaphor. Keiko seemed to show signs of wanting to return to captivity even if it meant getting locked up inside that tank. He played with children, and disconnected from other whales, he lost interest in hunting for food, and he tried to reach dry land! (I know whales have their reasons for beaching themselves, but let’s keep pretending.) Let’s call it post-traumatic-stress disorder for whales.

Now back to my nameless prostitute. Imagine those irate mothers get a hold of local law enforcement and the brothel is shut down, and our young woman is officially released from life as a prostitute. Will she take hold of her freedom and dance to the tune of Micheal Jackson’s song “Will You Be There?” and forge a respectable life for herself? It’s probably not that simple. She has lost her hunter’s instinct. She is not interested in the help of a pod. Instead, she looks for a way to return to that tank even if it means one day she will get all used up, and no one will want her precious commodity anymore. In the end, she will beach herself on the sand, half-buried in some mind-altering drug that suspends the disgust she has for herself.

This is the metaphor that came to me during my trip to Hawaii. Can I offer a solution? This is a sad ending because I do not have the solution to the problem, especially since so much of the solution does not depend on me. Freeing someone of their literal chains when they are in mental chains is not enough. The deeper freedom lies only with God, but even then, that takes time. Someone who has broken all the bones in their body does not get up and leave the hospital the next day. It takes healing, and then it takes going through physical therapy, and then more, I’m sure. In the end, it all depends on what God can do. So yes, a happy ending will always be available.

This entry was posted in Social Justice. Bookmark the permalink.

One Response to Free Willy: A Metaphor About the Burden of Freedom