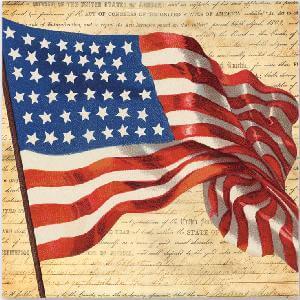 What did you feel after reading that phrase? Maybe you felt happy, generous or positive. But more than likely, something turned in your stomach, you rolled your eyes, and your dog yelped and ran out of the room. Well, you’re not alone! Why do we feel this way? Aren’t we simply learning about the candidates? No . . . we feel this way because we learn very little about them; rather we learn every negative detail about their opponent. You might hear something like this: “In 2008, Mr. Jones did NOT vote in favor of women’s rights. Do you really want him as your senator? American women deserve this and that.” Or you might hear something like this: “Don’t vote for Miss Smith! She wants to infringe upon our rights as a working class by raising this and cutting that . . .”

The candidates want to sell themselves to us so that we vote for them. They pull on our desires to want certain liberties, more perks, and certainly more freebees. They’ll talk about things like oil and Lybia in their debates, but in commercials they tend to focus on the topics that immediately and more directly impact us, such as taxes and medical benefits.

Lately, I’ve been thinking about this change I have observed in Americans during the course of my lifetime so far.

When I was a little girl I remember my dad being a very hard worker to provide for our family. My parents were frugal and did not spend money they didn’t have. They paid taxes and tithed faithfully. Back then, if someone got a new job, people would ask, “Do you get medical benefits? . . . Oh that’s great!” Now people say, “What!? You don’t get medical benefits? Isn’t that illegal? You should sue! They have to give it to you. You deserve it!” What was once a privilege has become a right to the American culture.

Don’t get me wrong, I’m a big fan of medical benefits. Our nation can only benefit from encouraging a healthy society. However, once we begin to demand that we have a right to additional perks like free optional medications, we are on a slippery slope of an entire generation believing that they deserve just about anything from the government (and by government, I mean a combination of the tax money of the American people as well as money borrowed from China). We were once ecstatic over the benefit of health care insurance, now we are demanding more. We were amazed at low co-pays, now we demand more completely free perks!

Society screams so loudly that we should have what we want, how we want it, when we want it . . . and that we deserve it. We have to be careful what we believe.

Because of my faith in Jesus, and because of the undeserved grace He has given to us (not to mention that he is our creator and the giver of life), I actually don’t believe that we necessarily deserve anything. We didn’t deserve to have our sins taken from us. Jesus didn’t deserve to have the sins of the world placed on His shoulders in exchange for His righteousness imparted to us. These are totally undeserved blessings. These truths should move us toward a more generous response, not a more entitled response. That gift was ultimate and could never be taken away or increased.

So, does this mean we should not have rights as Americans? Certainly not! Many, many years ago, our Founding Fathers broke their backs to form a one-of-a-kind nation with a democracy that would be a beacon to the rest of the world. There was war and bloodshed to acquire the freedoms that we still enjoy today! Even today, we still fight to preserve these rights. God has used these government-provided rights to us for the growth and prosperity of our great nation. I encourage you to really examine these rights that were set in place to preserve justice and our well-being as a nation, and not mistake these costly perks as something we deserve and must have to maintain justice in our nation and our world. Ask God to give you His wisdom as you vote . . . and oh yeah . . . VOTE!

James 1:17 says, “Every good gift and every perfect gift is from above, coming down from the Father of lights with whom there is no variation or shadow due to change.” (ESV)

Luke 12:48 says, “Everyone to whom much was given, of him much will be required, and from him to whom they entrusted much, they will demand the more.” (ESV)

Stephanie Krier Stephanie Krier was raised in beautiful Nor Cal. She and her husband Bobby moved to Boston in 2007, but recently relocated to a little village near Aberdeen, Scotland for her husband's grad program at RGU. Stephanie graduated from UMASS with a Bachelor of Arts degree in Social Psychology and a Music Minor. She loves to see how individuals are shaped and influenced by society. Now that she lives in the Scottish shire, she spends her free time doing a bit of gardening, blogging about her new life in Scotland (scotlandkriers.wordpress.com), exploring the countryside with her dog, Luther, and visiting castles with her husband!
View all posts by Stephanie Krier →
This entry was posted in Culture & Media, Current Events, Politics, Theology & Philosophy. Bookmark the permalink.