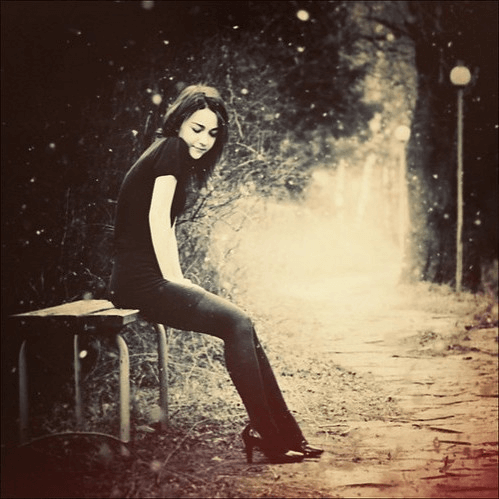 Words of affirmation. It’s one of those “Love Languages” that I had the hardest time with for so long. I figured it was just because I didn’t need affirmation really, so it didn’t cross my mind to give it. Then I found out my husband really needed it, and, being committed to trying to love him the best I possibly can, I set to work to be the most phenomenal affirmer my man has ever seen. That lasted about five minutes, and then my affirming mind went blank. Why? Not because Wyley has a short list of ways he’s wonderful, but because . . . well, read on.

I discovered as I sat at my desk tapping my pen on a prized Papyrus card that was meant to be filled with fantastic truths about my husband that I had an aversion to this whole affirmation thing. It took me months to unpack that, and I found some pretty icky and wrong perceptions that I’d been holding on to that kept me from embracing this way of showing (and receiving!) love. Maybe you can relate to some of these:

1. I didn’t believe affirmations I received were true. It may have started with my mom. She affirmed me SO MUCH growing up that somewhere along the way I didn’t think her affirmations were genuine — that it was just what she had to say because she was my mom. (Of course that wasn’t true, and now that I’m an adult I understand that. She meant every single word, every single time.) But it didn’t stop there. I would think, “Oh, So-And-So complimented me because it’s a best-friend requirement, not because it was true.” I allowed what was meant to build me up to tear me down. Talk about a work of the enemy.

2. I also started to fear that encouragement or affirmation would puff up my pride. We all know that pride becomes before a fall, and since I’m not a fan of falling, I had to stay away from pride at all costs. So instead of receiving a compliment, I would respond with something like, “Well, that picture of me was only pretty because it’s obviously been Photoshopped,” or something horribly degrading to myself and I would actually believe it, because if I (God forbid) saw myself as genuinely pretty — that would be prideful.

3. As I got older, I realized that my inability to give affirmation, especially to other women, was partly out of insecurity. Oh I cringe admitting it, but it’s true! Why it made sense to me that by complimenting another woman I was putting myself down I will never know, but somehow, buried deep in that subconscious of mine, I couldn’t get myself to compliment someone who was prettier than me, or “better” than me in any way. Ok, so now we have an issue of comparison on our hands. Sheesh. This just keeps getting uglier.

One day I met a woman (who is now a dear friend) who is a professional affirmation giver. At least that’s what I think. She is genuine, secure, deliberate, timely, and helped me to be able to receive her encouragements and compliments. She even caught me blowing off one of her encouragements and said, “Lyndsay, don’t even tell me what I just said about you isn’t true. It is and you know it.” It was kind of a big deal for me (I don’t think she even knows! I should affirm her in this . . .). It’s not to say that her example broke me free of all the above issues that I’ve dealt with, but it modeled a healthy, effective way of affirming that I was actually able to receive. And then I got to dissect all of the things that have stood in my way of giving it out.

So let’s quickly break this down:

Yes, your beauty, strength, talents, etc. have been given to you by God. All glory to Him. He’s proud of you and pleased with you. It’s okay if others are too, and it’s also okay for them to recognize all that God-given awesomeness. Here’s a shocker: the Bible actually says to encourage and build one another up (1 Thess 5:11)! I think He knows we need that. He’s so smart.

If your mind automatically tells you all the ways the person who is giving you a compliment is wrong, the enemy is trying to steal from you something that is God-given. And we know only good and perfect gifts come from God (James 1:17)! Let’s recognize God’s goodness in us. He’s a creative, brilliant, beautiful God and He portrays that through our uniqueness and giftings. Don’t belittle it or Him.

Comparison is it’s own beast, and there is a fantastic OTW article by Rachel Naramore that addresses this specifically. But don’t let your insecurity about someone else being better than you keep them from receiving a deserved compliment from you. I dare you to give the woman next to you a compliment. She could probably use it, and it will be good practice for you. Because it’s not about you. It’s about her, and recognizing God’s amazingness in her.

I am still not a professional affirmer like my friend, but I’m learning to be better at it, and I’m also learning how much I need it, and getting better at receiving it. By God’s grace, He continues to work on me. I pray He will do the same in you, too.

Lyndsay Wilkin, an editor for On the Willows, lives in Northern California with her husband, Wyley, and their two kiddos, Harrison and Clara, and their adorable lemon beagle, Indiana (Indie). She received her BA in International Government and hopes to further her education somewhere down the line. In the meantime, she holds the office of "Mommy" and works part-time for Visiting Angels Home Care Services, helping families find caregivers for their loved ones as an alternative to placing them in nursing homes. For fun, she does a little acting on the side and enjoys writing fiction and reading LOTS of books. She loves movies, history, politics, traveling, and volleyball. As a blogger, she's all about big picture topics, especially when it comes to having a biblical worldview in today's Western culture. As a friend, Lynds is absolutely loyal and thoughtful and she would do anything for her friends. “So whether you eat or drink, or whatever you do, do it all for the glory of God.” 1 Corinthians 10:3
View all posts by Lyndsay Wilkin →
This entry was posted in Relationships, Self Esteem. Bookmark the permalink.