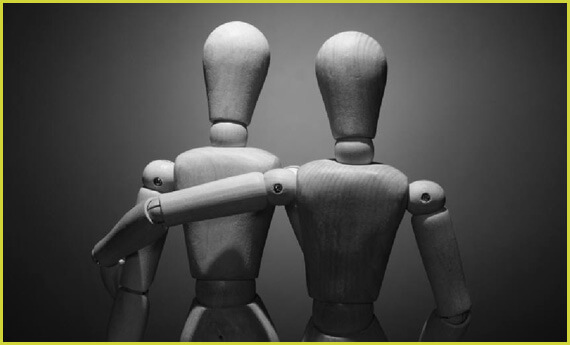 Everyone knows we should forgive the ones who hurt us. We should love our enemies, and we should love our friends and family. No one is perfect, so when someone makes a mistake, even if they never acknowledge how wrong they are, we still must forgive. When I left to teach in Thailand in April 2012, I was determined to have grace, not just for others, but for myself.

Lesson number one: forgiving someone for their mistakes is hard, but not as hard as forgiving myself.

Shortly before I left America, I realized I was living under my own condemnation. It was like carrying a shock collar around my neck that zapped me anytime I made a mistake, and not just any kind of mistake. I could forgive myself for the bad decisions and the errors. That was easy. Doing the wrong thing when I thought I was doing the right thing was difficult to forgive. Once someone pointed out how my actions were flawed, I felt a gnawing in my stomach and a clenching in my throat, sometimes keeping me up in the middle of the night or snapping me awake in the early hours of the morning. It was unhealthy, literally. For a couple of months teaching at the new school, all my mistakes piled up. Most of them were done with good intentions, and as my faults were being recorded in the back of my mind, I lost sleep, I lost my appetite, I lost weight, and I grew sick more often. I even lost my voice several times.

There is something paralyzing about being a Christian but not knowing the importance of grace. I wonder how many people have accepted the fact they are sinners but never finished their transformation. We know that before we accept Christ, our sins condemn us to hell, but if we don’t have the assurance of grace, if we don’t fully believe that one man’s death on a cross saves us forever, obviously there is no freedom. But we are supposed to be secure. Jesus died and rose again, right? So why is it so hard to forgive ourselves even if we find it easy to forgive others?

Lesson number two: you still have to forgive yourself even if the other person doesn’t.

Failing is easy if the people you see every day forgive you easily. Now imagine, despite your best efforts, you fail miserably and there is no one to clap you on the back and help you up. The people you’ve grown to love don’t have enough grace for you to make you feel okay. Failure without grace from others is like getting a punch in the stomach—and I’m back to self-condemnation because the blanket of grace has been removed and the truth remains—I have not fully accepted the most important aspect of my religion: forgiveness! Of course, the last person I learn to forgive is myself because I am a selfish person, and it’s my own feelings I hold most dear. I don’t blame me for this because I know I am human, and loving others well begins by loving myself well. Also, this condemnation I feel should not be confused with humility. If being humble means resenting my mistakes, then this resentment will only pass on to others, which leads to lesson number three:

You still have to forgive the person who doesn’t forgive you.

Forgiving unforgiveness is perhaps the hardest thing I have ever done. When my first instinct is to protect myself from the pain of my mistakes, a person who wrongfully convicts me can stir up coals in my stomach—resentment. Resentful feelings are icky. They stick to the inside of my stomach, they kill my appetite, and they give me bad acne. In Thailand, there have been times I was wrongfully accused about things, mostly due to misunderstanding or lack of communication. I would be in a daze for weeks at a time, figuring out ways to justify myself instead of accepting what I did wrong and rejecting what I was wrongfully accused of doing.

Finally, I realized I wasn’t really a forgiving person. Not really. If I can’t forgive unforgiveness, I haven’t freed myself yet from my condemnation. Turns out, it is an issue of pride. An accusation injured my pride, and instead of forgiving, I would think of rebuttals and my own accusations in return. I was still thinking up ways to stand up for my pride even when I was alone in my room. Why? I was trying to convince myself there was nothing wrong with me so I could escape the inevitable feeling of condemnation.

Once I learned to let things go, I put myself in the shoes of others, I turned off my negative thinking, and I sympathized with my accusers. They must also feel the weight of condemnation pressing them down. With the shock collar and the icky, resentful feelings gone, I realized what I was missing. Freedom, man. Freedom to make mistakes and demand grace from myself, and if challenged, speak confidently by saying: “I’m doing the best I can, man. That’s all I can do.”

Also, Jesus has my back. I’m covered. Now that the weight of condemnation is gone, I have enough energy to improve myself, whereas before, all my energy was spent protecting my pride. Since I’ve learned these lessons and begun to put them into practice (or at least attempt), I’ve regained my appetite, my sleep schedule, my health (plus better skin!), and even my voice. I still have my pride, but it is getting healthier and stronger, not weak and in danger of breaking under pressure. I see the reality of who I am: imperfect. Now that I have realistic expectations, I have a fair chance to feel like a success.

This entry was posted in Adversity, Relationships, Self Esteem, Uncategorized. Bookmark the permalink.

2 Responses to Grace for the Ungracious