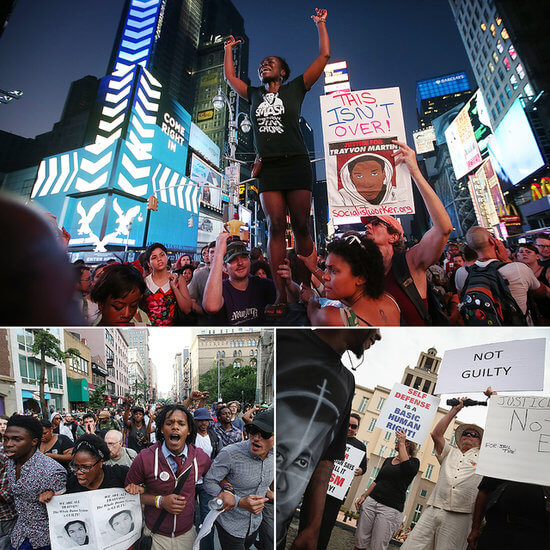 Like most (if not all) of you reading this article, I drew my own conclusion about the tragedy between Trayvon Martin and George Zimmerman back when Martin was first killed. Anyone whose life is taken so young and so suddenly is worthy of grief, even if they are a stranger. He was God’s creation.

The first bits of news reports about it justified the story going national in my mind: A racist white man (who is equal parts Hispanic and white) had murdered a young, innocent black man in cold blood. My heart sank and my blood boiled that such a horrible thing could happen in today’s America. But when this claim was then proven to have been fabricated by who I interpreted to be over-eager, attention-craving journalists, I realized the damage was done. The seed was planted. And our nation was once again divided by the issue of race. Erasing those reports, suspicions, and emotions from our memory or bias became nearly impossible, intruding with great force upon what we felt justice should look like for George Zimmerman.

When the verdict for the trial came out last week, very generally telling us that there was not enough evidence to prove beyond reasonable doubt that what happened was murder, I was honestly surprised by the way our nation had adhered themselves to their sides of the Martin/Zimmerman verdict — as if we KNEW either way. It struck me to the core how zealous we were in waving our team flags, sewn with the threads of half truths and emotionalism, and declaring that we knew what justice really was.

Don’t get me wrong. I had my side that I had chosen just like the next person. But as I reflected on where it came from, I realized something very poignant for me. Something that I’ve heard faint echoes of from others around me in the midst of the loud outcries: ultimately, this whole thing really isn’t my business. It busted through the threshold of my heart and mind via an unrelenting media/ultimate go-to for gossip and slander. I discovered my little world, myself included, diving head-first into this vortex of gossip about two human beings who ultimately deserve respect over opinion.

Whose business is it? The families of the two parties involved. And whoever they choose to include in their circle of support as they grieve. But ultimately, I wasn’t there. I wasn’t on the jury. And I am not God. Neither are you. We can speculate, but we can’t come up with anything resembling truth. So what I’m left with is choosing whether or not to indulge myself in the drama, in the craving for revenge, or in the defense of a verdict I had absolutely nothing to do with.

I can recognize that, yes, thanks to modern technology, this incident went public, and became an historical event in our nation (much like the OJ Simpson trial). But I can choose to stay out of it, and, by doing so, I can best respect the mourning of a lost life. I can also respect that George Zimmerman is a human being, created by God. He is not a character on a law and order show. He is not a villain in a crime novel. He will live with this every single day of his life. His world has been turned upside down and twisted inside out, and he has to figure out how to live with that. I have no business casting judgment on him. That’s God’s business.

As I have done so myself, consider how your heart has responded to this and why. Consider the possibility that perhaps your only role in this event is not defending someone or pitching yourself upon a hill of sand to die on, or proliferating opinion, but to pray for the living and trust God with the rest.

Lyndsay Wilkin, an editor for On the Willows, lives in Northern California with her husband, Wyley, and their two kiddos, Harrison and Clara, and their adorable lemon beagle, Indiana (Indie). She received her BA in International Government and hopes to further her education somewhere down the line. In the meantime, she holds the office of "Mommy" and works part-time for Visiting Angels Home Care Services, helping families find caregivers for their loved ones as an alternative to placing them in nursing homes. For fun, she does a little acting on the side and enjoys writing fiction and reading LOTS of books. She loves movies, history, politics, traveling, and volleyball. As a blogger, she's all about big picture topics, especially when it comes to having a biblical worldview in today's Western culture. As a friend, Lynds is absolutely loyal and thoughtful and she would do anything for her friends. “So whether you eat or drink, or whatever you do, do it all for the glory of God.” 1 Corinthians 10:3
View all posts by Lyndsay Wilkin →
This entry was posted in Adversity, Culture & Media, Current Events. Bookmark the permalink.

One Response to Martin/Zimmerman: A Different Kind of Response