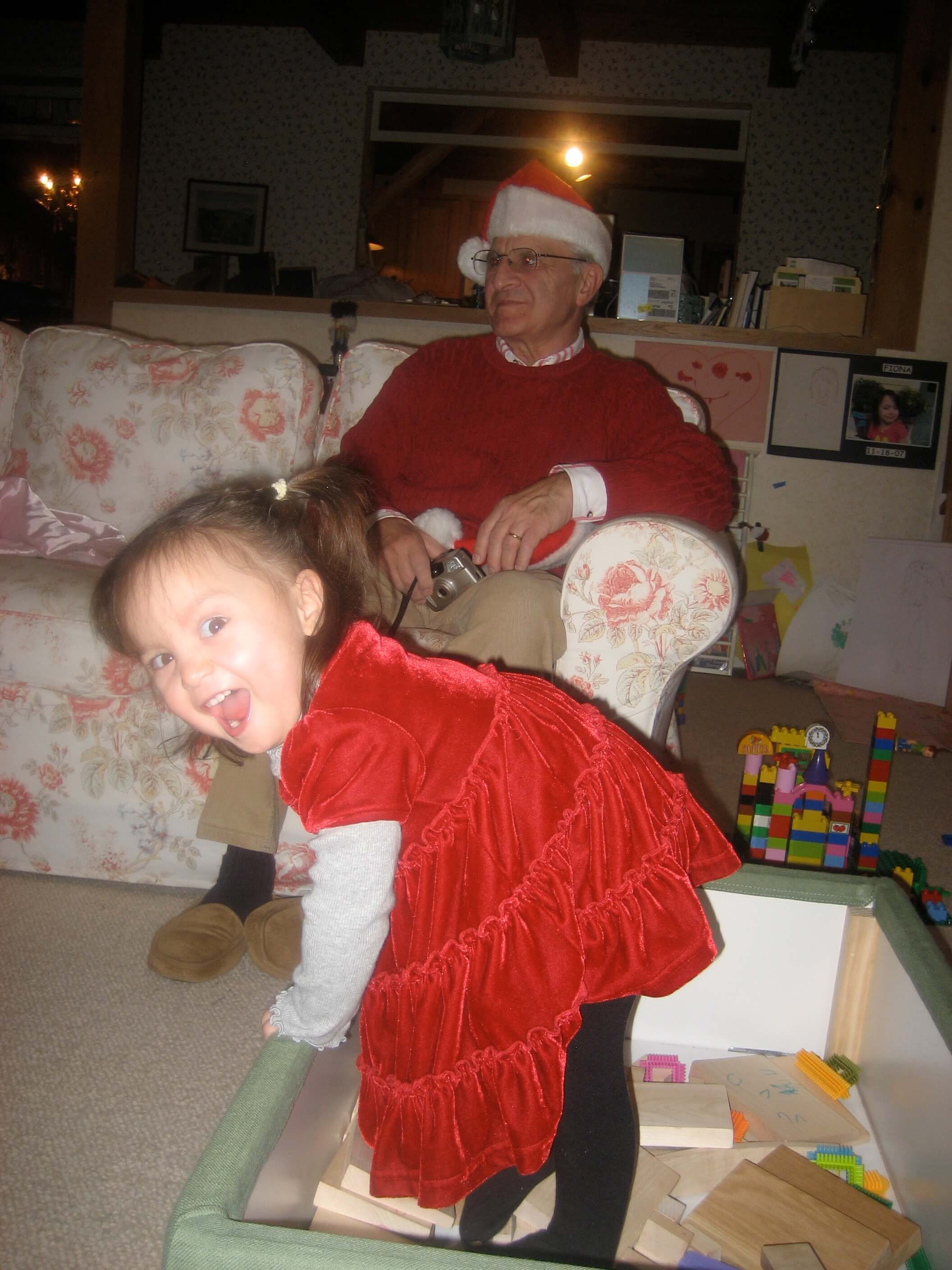 My husband and I didn’t discuss much about child-rearing before we had kids. In the early years of our marriage, kids themselves — let alone how to raise them — were far from our thoughts. But there was one topic that we did wrestle with, long before any kids entered the equation: Santa Claus.

Erick was dead set against introducing our (theoretical) kids to Santa Claus in any form. But whenever he’d mention this to friends — or, worse still, grandparents — they’d react as if he’d announced that we were going to raise our kids without plumbing, just on principle.

I was a little more moderate. I wanted to raise our children with a firm grasp on why our family celebrates Christmas (Bethlehem, star, baby, etc.), but I also knew that our kids would grow up in a culture where it’s impossible to escape Santa Claus. I figured there was some middle ground, where we could acknowledge Santa as a fun tradition, without cheapening the deeper meaning of Christmas.

In the end, we took an avoidance approach. We gave gifts and stockings on Christmas without ever mentioning Santa Claus. When our girls reached the age of Santa awareness (around two or three) and started asking questions, we’d say, “That’s a really fun Christmas story,” and then tell them about the historical generosity of the real St. Nicholas. And when they ask outright if there’s a Santa who puts things in their stockings, we turn the question back on them: “What do you think?” Usually they say no, which we neither confirm or deny.

It feels kind of like being a U. S. Government spokesperson.

A character in whom our girls DO believe, though, is Dora the Explorer. This past spring, they checked out the DVD of Dora’s Christmas Carol from our local library. The story: Swiper the sneaky fox has ended up on Santa’s “Naughty List” because of his swiping, so Dora takes Swiper into the past, present, and future to teach him why swiping isn’t kind. In the end, he’s back on Santa’s “Nice List.” It’s a typical Dora formula, with tasks to complete and a happy ending, sprinkled with Spanish vocabulary.

After my daughters had watched the video, my oldest girl turned to me and said: “My favorite part was when Swiper gets back on the Nice List. Because nobody should really be on the Naughty List. Like me — sometimes I do bad things, but I still get presents on Christmas.”

Theology out of the mouths of babes. Again.

Her comment made me realize that there could be deeper shades to Santa Claus; he might even be useful in teaching my children about what our family believes. I still think Santa is a fun story and I don’t plan to change our family’s approach of benign avoidance when it comes to Santa at Christmas. But — not to be too dramatic — I realized that Santa is kind of an anti-Christ.

For the first two decades of my life, I considered God to be a lot like Santa Claus: keeping a list of good and bad behaviors, and rewarding gifts accordingly. Then came the breakthrough: the day I finally understood that I’d had it all backwards. God/Jesus as I understand Him is NOT AT ALL like Santa Claus, but more like the parents who masquerade as Santa. Because, although some parents might use Santa as a carrot to encourage good behavior around Christmastime, do any of us really deny our children gifts on Christmas morning if they’ve been bad? I’ve never heard of an actual lump of coal making its way into anyone’s stocking.

No, grace means that there’s a gift for you under that tree even if you’ve just bitten your sister, thrown your milk on the floor, and pitched the world’s loudest tantrum. Just like God’s love and forgiveness are available to all of us, forever. My daughter said, “Nobody should really be on the Naughty List,” and she’s sort of right, but I think of it more like this: Everybody’s on the Naughty List, and it doesn’t matter.

Parenthood has changed my understanding of evil and grace. Now, when people do horrible things — when I read in the news about people who’ve committed murders, kidnappings, rapes — I recoil at their unimaginable crimes . . . and then I think about their mothers. Because I’m pretty sure that, if one of my children did something unimaginably horrible, I’d still love them. I’d probably still buy them gifts for Christmas.

How much more so God?

This entry was posted in History, Parenting. Bookmark the permalink.

2 Responses to Christmas in July: Naughty or Nice?