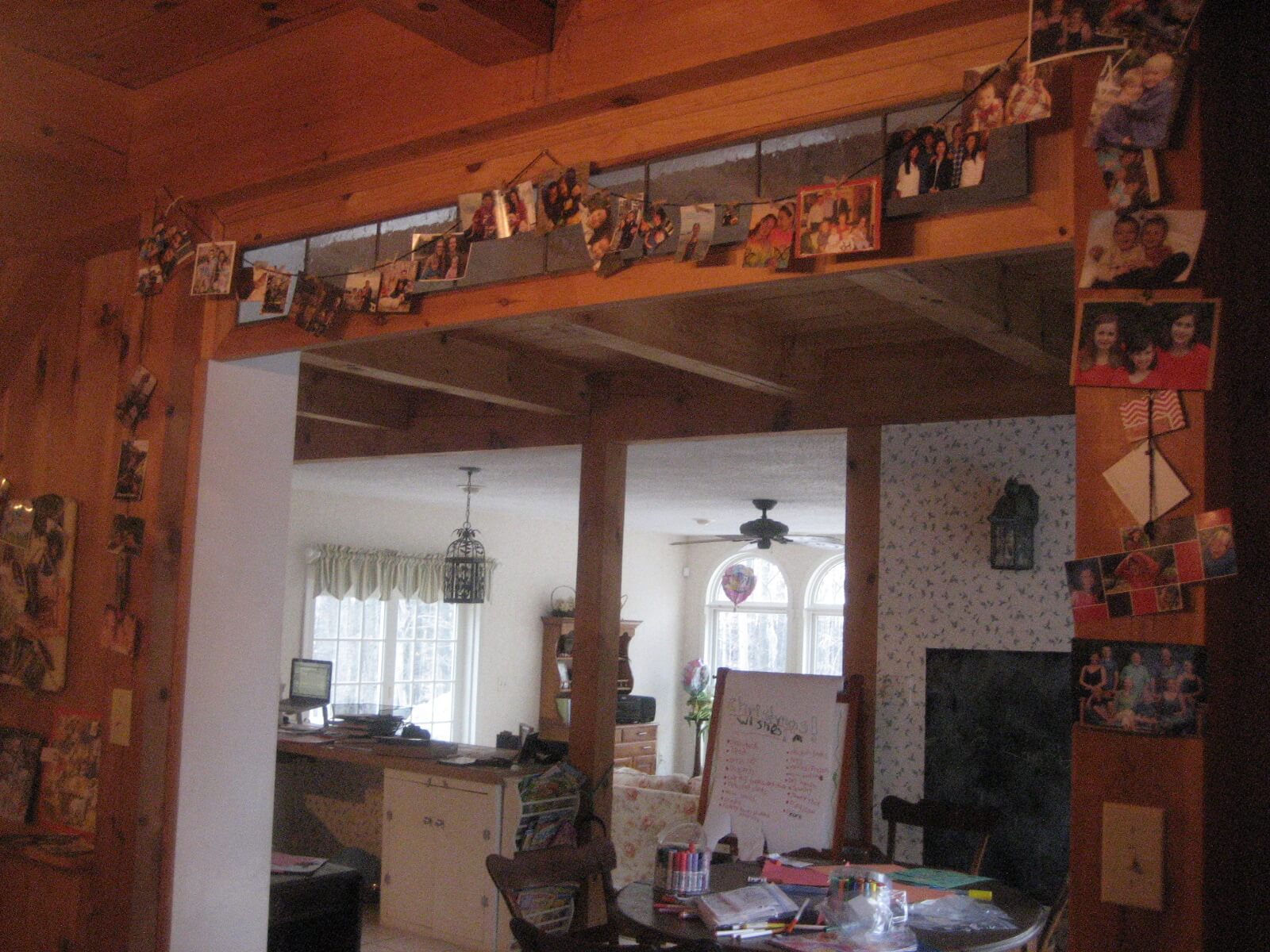 When On the Willows invited contributors to write about a favorite holiday tradition, I signed up immediately.

Then I stared at the wall for several weeks.

Our family is still a little new to this holiday tradition thing.

Neither my husband nor I brought a stockpile of holiday traditions to our marriage. I’m an only child who grew up many hours away from my extended family; my parents produced festive holidays, but it seems to me that at least one sibling is necessary to create a family culture in which holiday traditions are remembered and carried on. And my husband is the son of first-generation Chinese immigrants; they combined Western Christmas traditions with Chinese cooking, which would be wonderful if either of us could cook like my mother-in-law.

It was only four years ago, when our third child was born and we moved to Vermont, that we declared ourselves officially “Home For The Holidays.” Henceforth, we would celebrate Christmas in our home rather than alternating between grandparents; extended family was welcome to come to us.

Four years isn’t a long time to develop traditions, especially with three young children and a fourth baby in the mix; we’re mostly just trying to stay afloat through the holidays.

We have  traditions, of course, but it’s mostly the standard stuff: special foods, family meals, decking the house, picking out and putting up the tree. Over the last five years, we’ve started observing Advent more seriously, lighting candles and reading an Advent reflection each night before Christmas. We’ve even extended our festivities twelve days beyond Christmas to Epiphany, which we celebrate with the traditional Kings’ Cake.

It’s all lovely, but none of our traditions seemed to have anything new to offer.

Then, as I was staring at the wall, I realized that I was looking at the one innovative tradition I do have: our card chain.

In the almost two decades (gulp!) since our undergraduate days, my husband and I have, between the two of us, attended four graduate schools, held eight jobs, lived in four states, and inhabited eleven homes. That seems crazy, but in this day and age it’s probably not all that unusual. What it means, however, is that we no longer live near the vast majority of people who have been important to us at various points in our lives. In most cases, the only communication we have with these people is through the internet, which is nice but intangible.

At Christmastime, our mailbox fills with envelopes from Connecticut, New York, Virginia, California, Kansas, Ohio, Indiana, Colorado, North Carolina, Florida, New Hampshire, Maine, Massachusetts. And in each envelope: a little card with a note, perhaps a picture, from those people whom we now love from afar.

There was a time when I felt ambivalent about Christmas cards. They seemed like less environmentally-friendly versions of Facebook: tools for bragging about your life by presenting only the perfect picture, the happy highlights. And collecting them seemed bragg-y, too: Look how many friends I have!

I no longer feel that way.

A few years back, I concluded that I could look at Christmas cards as bragging tools, or as relationship tools. When I chose the latter, it changed everything; as the cards arrived, I’d tape them where we could see them from our dining room table, so that we — the children and adults in our family — could see the faces and remember the people we rarely saw in person. Sometimes, we’d choose a card and pray for the family or friends who’d sent it. Or we’d tell stories about the time so-and-so did such-and-such.

Pictures — actual pictures that you can hold in your hands — are valuable these days. I hardly ever bother to print out the digital pictures of my own children, let alone other friends and family.

The thing that felt wrong was tossing all those cards in the recycling bin every January. It was as if I’d betrayed all those beloved faces staring up at me from underneath the discarded paper towel rolls and cracker boxes.

So here (finally!) is our tradition: We don’t throw the Christmas cards away. I still tape them up as they arrive in December, but when the last card has come and the holidays have gone, I keep them. I take them down. I cut out the picture from each card and remove any holiday messages — after all, these have to remain relevant all year. Then, I punch a hole in the top of each picture and string them all on a long piece of yarn. Now, I’ve made a “card chain,” which drapes perfectly around our dining room doorway, where we see it at every meal.

The chain stays up all year, until the new crop of cards begins to fill our mailbox. It serves as a decoration, as a reminder, as a prayer guide. It’s a relationship tool: a holiday tradition that truly lasts all year.

One Response to Keeping the Cards