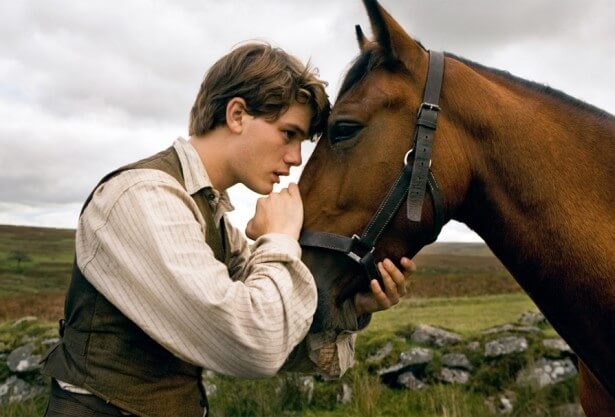 If you’re like me, you love going to the movie theater. Buying the tickets, smelling the popcorn, finding the perfect seat in a huge theater, seeing the previews, and then the feature film on the enormous screen; it’s an event that I always look forward to. American cinema is a favorite among pastimes, and has had tremendous influence over cultural changes and trends over the past century in this great nation.
..
I do a bit of acting myself, and enjoy knowing all the “behind-the-scenes” stuff.  My husband is also getting into film scoring, so music in movies is always a highlighted part of my movie-going experience. I appreciate all the work that goes into making a film, and love to see how creativity can bring a story to life and touch people so deeply…or not. As much as I thoroughly enjoy films, I also can’t help but be aware of the messages they project into our culture. They give images that tell us what is beautiful and what is not, what’s funny, what’s acceptable, what’s admirable, noble, who/what we should aspire to be like. As a Christian, I think these things are interesting to observe and important to be aware of. My movie reviews may include a few of these observations. Now you’ve been warned. =)
..
First up:
..
War Horse
..
1. Theater-worthy! See it!
2. Definitely rent it.
3. Stream it on Netflix, if you must.
4. Don’t even bother.
..
(Warning: spoiler alert)
..
Directed by Steven Spielberg, this is basically an inspirational film about a beautiful thoroughbred horse (“Joey”) and a teenage boy who has a special bond with him. The horse gets sold to a soldier heading into the Great War (WWI), and subsequently wins the hearts of several compassionate souls throughout the war. The boy, however, calling Joey his “soulmate”, is determined to reclaim his horse and bring him home safe and sound. The movie takes its viewers through that journey which is just dripping with cinematic drama.
..
Visually, the film reminded me a lot of Gone with the Wind. Lots of unbelievable sunsets with barren fields, war-torn soldiers and smoke-filled skies. Lots of very dramatic, even drawn out, intense scenes, romantic and tragic, really set this film apart from any other you’d normally see in theaters these days. Because of that, some loved it and thought it award-worthy. Some didn’t love it, and thought it was over-the-top, confusing, and unbelievable – like me.
..
At one point, the friend who was with me watching this film leaned over and said, “Ok, so the target audience for this film is 12-year-old girls.” Not long after that, two young soldiers were being shot for cowardice, and then there was a gruesome scene where the horse was entangled in barbed wire and being basically ripped to shreds. It was devastating, horrifying, and definitely no longer a “film for 12-year-old girls”. I couldn’t figure out who the target audience was.
..
Then there was the issue of the horse being portrayed as much more important than the humans. Ok, I like animals. I have a dog that I adore a little too much, and I think horses are absolutely amazing creatures put on this planet by God. That said, I was shaking my head in the scene where the dozens of wounded and dying soldiers were abandoned by the medic who decided to tend to the injured horse instead. And by the end of the film, no human character had been developed enough for us to really care about them. At one point I caught myself thinking, “Oh sad, another person bites the dust. But who cares? The horse is still alive!” What disappointed me the most, though, was that the horse wasn’t even heroic. It didn’t save anyone (unless you count its attachment to its other war horse “friend”) or help win the war. It’s more like people were giving their lives for the horse. It seemed like the value of life was a tad bit mixed up. So, to be totally honest, I wasn’t quite sure what was supposed to be particularly “inspirational” about this film. And the whole “soulmate” tie between the boy and the horse was kinda creepy in my my opinion.
..
Something I did love about the film was the moment when two soldiers who were supposed to be enemies came together to help free the horse from the barbed wire. It was a particularly powerful scene. The soldiers abandoned their differences and united to save a life rather than being divided and taking lives. I also applauded the portrayal of bravery throughout the film. To not let fear determine whether or not you will fight for what you believe in is courage, a quality to be highly commended.
..
Photo Credit

One Response to War Horse