There are just clips from that night and the days that led up to it. Meals were being brought to us and we enjoyed them in the kitchen just feet away from the woman laboring to breathe in the other room. I fed her bites from a left over salad from our take out—her last bites of food. We read and talked to her before the pain and morphine was too much and consciousness left her. My shirt was light blue and snug around my swollen stomach. Three months later and I would give birth to a little boy, her first grandchild. A grandchild she had seen on an ultrasound and dreamt about—a child she would not get to meet in this world. Her young body was overtaken and destroyed by cancer. My hand rested on her forearm, he sat behind her talking to her in her ear—telling her she could go and that he would be okay. Her eldest son, comforting his only living parent, his mother, in the presence of death. Shallow breaths and then her last — one deep breath and she took flight. We held each other and cried by the screen out back. My husband was orphaned at twenty three. There was a full moon out and I wondered where she was. I knew she was with Jesus, yet I found myself asking the sort of questions that children ask: But where is heaven?

Our community was there for us; they brought us meals and asked us how we were. But I remember when it all stopped. People stopped reaching out, yet the grief was not gone. I realized at that time that I had viewed grief as an event, with a beginning and an end. Yet this was not what I was experiencing. It was more like the ocean with waves and tides that come in and go out, never really ending, but coming and going. It took me a while to be able to formulate that idea of grief. Initially I interpreted the absence of people asking us how we were as, I am supposed to be over this. I certainly knew that this was not the case— neither of us were over it. We still got on with our lives but the effects were present. The sadness would still come. But now it was sadness compounded with loneliness and the idea that everyone thought we were fine. I came to the conclusion that either people did in fact think we were done grieving and no longer needed to process through it, or they simply had forgotten. Either way I did not blame them. I had been them. I decided that I wanted to try and be sensitive to the people in my life who had lost loved ones and the reality that even years later the grief has not ended.

Six years has passed since my mother-in-law died. There are times that I am still surprised by grief. It sneaks up on me like how the waves rush onto the shore. It comes at all times, in the quiet moments of my day, a song on the radio or a joyous event in our lives. The nature of my grief has changed. At first it was sadness over the loss of her. Now it is sadness over what she has lost as I experience life with her son and her grandchildren. In every one of my children’s “firsts” there will be always be an element of sadness. The reality that there is someone who wanted for her whole life to be a part of that moment and simply is not.

I am okay with this reality. I have embraced those sad moments. The embarrassment that first would come over me as I cried in grocery store parking lots has been replaced with a welcoming. Embracing pain is not something that we do well as a culture, yet it is one of the most healthy ways to approach pain and possibly the only way out of it. When the tears come I let them, knowing that they will pass. They certainly will come again but I am finally okay with that. The loss is part of our life, along with the joy. 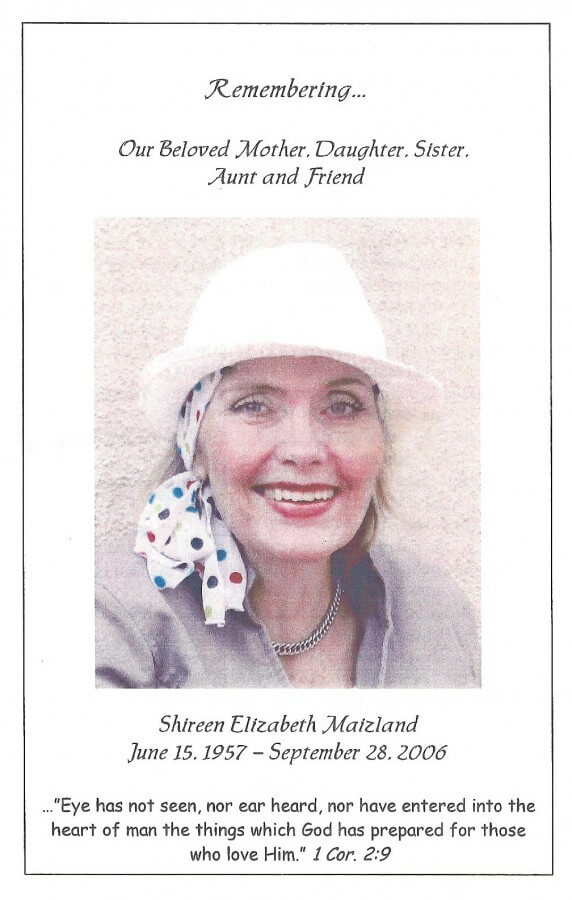 This entry was posted in Family, Grief & Loss, Health & Fitness. Bookmark the permalink.

3 Responses to Surprised by Grief