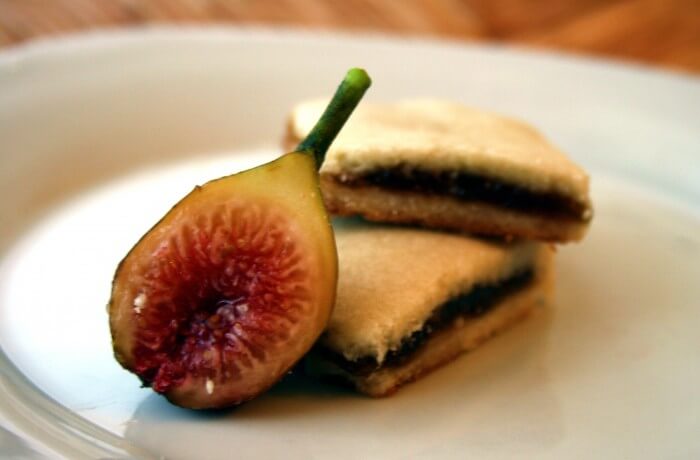 I went to Christian school only until the middle of seventh grade, and then it was public school the rest of the way.  Maybe this is why when I read about how Jesus cursed the fig tree in Mark 11 I think of Fig Newtons and not fig plants.  Or maybe my education has nothing to do with it.  I am after all, a city girl.  Actually, I remember that the first time I saw a fig that was not in cookie form was when I went grocery shopping with an ex in 2011.  But I digress.

Tuesday of Easter week is when the disciples & Jesus passed by the tree that Jesus had cursed the day before (when he scolded the merchants and kicked them out of the Temple).  As they make their way to the Temple for Jesus’s teaching session, the disciples noticed that the tree had withered as Jesus had commanded it to.  This is interesting given that later in the day Jesus will see the fruitless religious leaders question him about his authority and fruit of His labors, never mind the fact that they have no real authority or real results to show for their work. Because of this, I think the fig tree is a real life metaphor.

You see, many times in the Bible, there are spiritual metaphors.  For instance, in John 4, when Jesus is at the well counseling a Samaritan woman, his disciples come back from wandering about in town and ask Him if He is hungry.  He says to them that he has food that they know not of.  He is being spiritual, but they take him literally.  Speaking to the woman about God was nurishing to Him.  I could be wrong, but I think that when Jesus curses the fig tree, he really does it, but it also serves as a metaphor for the merchants (for surely having a table of business in the Temple had to have been viewed as more spiritual than having a table elsewhere) and for those of us who claim to be spiritual, but who do not have observable results of our spirituality.

I think that this harkens back to the scripture that talks about Jesus pruning the vine tree that bears no fruit (John 15:2). Anything that does not bear fruit will be cut off, because if you’re a plant that isn’t growing, you’re usually dead, whithered up and rotting.  It is like the teacher who removes the misbehaving student from the classroom because she knows that one misbehaving student can infect the whole class with a rebellious attitude which will hinder further academic growth.

I think in the same way we ought to examine our own lives.   We should pray that Jesus would expose those areas in our lives that are not yielding good fruit.  If there is an area of our life that seems to only bring death (Romans 6:23), we ought to identify the bad as bad and cut it off.  Life is too short to be unproductive.  Dead branches are dangerous, so don’t go out on a dead limb!

This entry was posted in Current Events, Theology & Philosophy, Uncategorized. Bookmark the permalink.